×
Newsyolo.com > Business > Chancellor: The British economy is in a recession. 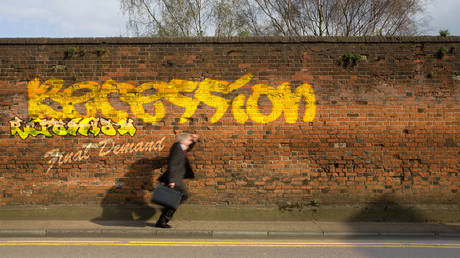 Chancellor: The British economy is in a recession.

Jeremy Hunt explained why he was announcing spending cuts and tax increases.

Jeremy Hunt, the Chancellor of the Exchequer, declared on Thursday that Britain is now formally in a recession after announcing a new fiscal strategy to weather the current economic “storm.”

An economic downturn known as a recession occurs when the GDP of a nation declines for two consecutive quarters. As a result, tax revenue generally decreases as business profits decline, wages decline, and unemployment rises.

Several “difficult decisions” were announced by the chancellor, including about £30 billion ($35 billion) in spending reductions and £25 billion ($29 billion) in tax increases. Among the measures are a six-year freeze on income tax thresholds and a reduction of the top rate of income tax to £125,000 ($147,000).

Hunt claims that as part of his new budget proposal, the windfall tax on the energy sector will increase from 25% to 35%.

In addition, the state pension, benefits, and tax credits will all increase by 10%. The National Living Wage will also increase to £9.50 ($11.21) per hour for workers ages 23 and over as part of the fiscal measures.

The UK, like other nations, is currently experiencing a recession, according to the Office for Budget Responsibility (OBR), Hunt informed MPs. It claims that the majority of the downward revision in cumulative growth since March is explained by higher energy prices.

“The OBR confirms that the recession is shallower and inflation is lower as a result of our plans. Our decisions from today have reduced unemployment and safeguarded about 70,000 jobs,” he said.