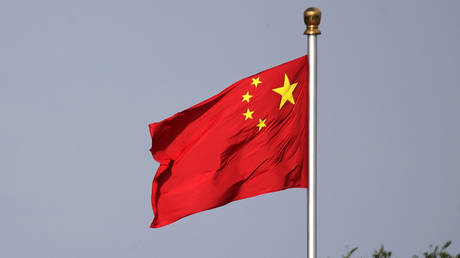 China claims that the UK has broken international trade laws.

London has mandated the cancellation of a significant technology deal.

After the UK intervened to block the sale of the nation’s largest microchip manufacturer to a Chinese company on the grounds of “national security,” China accused the British government of breaking international trade laws. The purchase was made more than a year after the transaction was closed.

Chinese Foreign Ministry spokeswoman Mao Ning criticized the move when asked about London’s decision to block the transaction during a press conference on Friday. She insisted that Britain should “respect the legitimate rights and interests of Chinese companies” and provide a “fair, just, and non-discriminatory business environment.”

To directly interfere with a Chinese company’s routine investment cooperation in Britain, the UK has “overstretched the concept of national security and abused state power,” Mao told reporters. This is against the legitimate rights and interests of the involved company, as well as against the principles of the market economy and the rules of international trade, which the UK has long proclaimed to be a champion of.

Wingtech Technology, a Chinese-owned technology company, was ordered earlier this week by the UK’s Department for Business, Energy, and Industrial Strategy to sell its 86% stake in Newport Wafer Fab, the country’s largest microchip manufacturer with headquarters in Newport, Wales. Wingtech’s buyout agreement, which cost $75 million, was finalized in July 2021.

According to the department, the deal could give the Chinese firm “technology and know-how” that could “undermine UK capabilities,” making the order to retroactively undo the sale “necessary and proportionate to mitigate the risk to national security.”

Wingtech said it was “shocked” by the decision because the transaction in question had already been “cleared by two previous security reviews,” and it vowed to challenge the order in a statement released through its Dutch subsidiary, Nexperia Holding.

“The decision is incorrect, and we will file an appeal to quash this divestment order to safeguard the more than 500 jobs at Newport. Toni Versluijs, the company’s UK manager, stated that this choice “sends a clear signal that the UK is closed for business.”