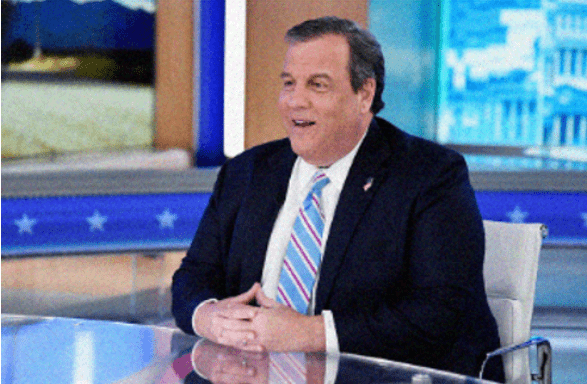 The former governor of New Jersey will share leadership of the Republican Governors Association’s Victory 2022 Board.

As he considers a 2024 presidential run, former New Jersey governor Chris Christie has been chosen to co-chair a new fundraising initiative designed to aid Republicans in governor races in 2022.

Christie will collaborate with the Republican Governors Association to lead the Victory 2022 Board, a project aimed at boosting the committee’s donor base. He will be joined by Michelle Malek Olson, who serves as the finance chair for Glenn Youngkin, a candidate for governor of Virginia and the daughter of the late prominent GOP donor Fred Malek. Fred Malek passed away in 2019.

The board, which will convene this week in Aspen, Colorado, according to party officials, will be made up of members of the RGA’s leadership and will aid in recruiting others to raise money. Leaders of the Republican Party said they are searching for a way to increase their fundraising because of the breadth of the electoral map, which includes 38 governors’ races in 2021 and 2022.

The action comes as Christie publicly considers running for president in 2024. In a May interview with the right-wing “Ruthless” podcast, Christie declared that if he were to run, he would not give the former president Donald Trump, who is considering a bid for office, the benefit of the doubt.

I also won’t be one of those individuals who will say, “Well, I’ll wait and see what President Trump does. If I decide that’s what I want to do and that I believe I’m the best choice for the party and the nation, I’m not going to take orders from anyone,” Christie added.

The RGA job could be advantageous for Christie since it will provide him access to the party’s most coveted contributors as other possible 2024 candidates start to build their financial networks. Following his 2013 reelection victory, which came before his abortive 2016 presidential bid, Christie served as the RGA’s chairman.

He’ll continue to be in the national spotlight thanks to his employment. The author of the upcoming book “Republican Rescue: Saving the Party from Truth Deniers, Conspiracy Theorists, and the Dangerous Policies of Joe Biden,” Christie, a frequent guest on ABC’s “This Week,” just made the announcement. Threshold Editions, a Simon & Schuster division, will release the book in November.

The former governor has made additional efforts to stay in the public eye. He gave a speech in May at a Texas donor conference that Karl Rove, a former George W. Bush advisor, organized. Additionally, he raised money for Republican Long Island Representative Andrew Garbarino of New York by serving as the event’s host on a virtual platform for a New Hampshire conservative group.