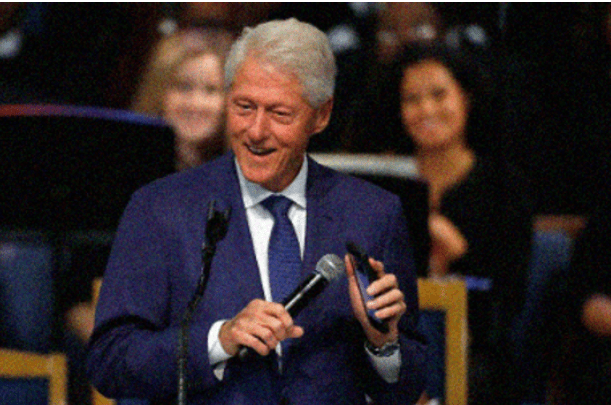 The two-day meeting in New York on September 19 and 20 are themed “The Business of How,” and it aims to forge partnerships between political, business, and philanthropic leaders.

“This year, we called the CGI community back together because we face an urgent and historic moment,” said former President Bill Clinton in a statement Thursday. “The global community is facing several existential challenges, including climate change, new health threats, worsening economic inequalities, and a global refugee crisis.”

The Clinton Foundation’s annual gathering was canceled in 2016 during former Senator Hillary Clinton’s presidential campaign due to concerns about the appearance of potential conflicts of interest if CGI donors did business with her administration.

According to organizers, this year’s gathering will include a mix of proven solutions to issues that can be shared around the world as well as fostering new connections that can lead to the creation of new solutions.

The Clinton Global Initiative’s model for attacking problems from multiple perspectives, according to Tom Watson, founder of social sector consulting firm CauseWired, has been overlooked.

“It is a rare structure that brings together a lot of different types of organizations and people,” said Watson, who has attended CGI several times and has done some consulting work for the initiative in the past, though he will not be present this year. “I know that when it went on hiatus as an annual meeting, it was missed by nonprofits, foundations, and corporate social responsibility types.” Nobody filled the void. From that perspective, it’s a good thing it’s returning.”

According to Watson, who also teaches nonprofit management at Columbia University, the current enormous needs caused by the COVID-19 pandemic and the war in Ukraine necessitate new approaches and collaboration.