×
Newsyolo.com > World > Congress news | Ukraine may be impacted by Democrats’ losses in Congress, says a US senator 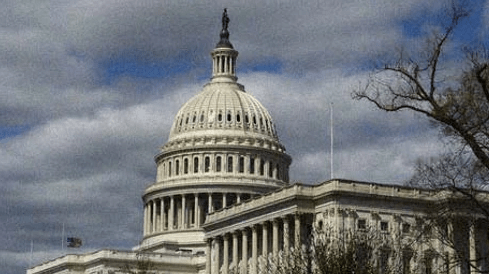 Congress news | Ukraine may be impacted by Democrats’ losses in Congress, says a US senator

According to Chris Murphy, a Republican Congress will reduce military assistance to Kyiv.

According to Democratic Party Senator Chris Murphy, if Republicans take control of the US House or Senate this fall, there will be a major reduction in the amount of military aid supplied to Ukraine during the battle with Russia.

Murphy said that there is a “serious risk” that the $12 billion further commitment that President Joe Biden’s administration has recently asked for may be the last time the US provides financing to Ukraine in an interview with The Washington Post on Tuesday.

The GOP members of the House are more obedient to former US President Donald Trump, who has consistently rejected delivering billions of dollars in military help to Kyiv, Murphy observes, even though Senate Republicans appear to be in favor of the aid plan.

The Democrat claimed that “his lieutenants in charge of spreading the narrative online are kicking the heck out of Ukraine aid.”

Many House Republicans have vocally rejected providing Ukraine with military assistance, arguing that the funds are required to confront outstanding problems at home. Murphy, though, downplays these worries, asserting that a lot of Republicans are just sympathetic to Russia.

He claimed that Putin is frequently praised by the MAGA wing of the party, which is currently in control.

In his closing remarks, the senator noted that Ukraine is “making substantial progress” and issued a dire warning that if Republicans take control of the House and cut off money to Kyiv, it could have “potentially disastrous repercussions” on Ukrainian morale and their “capacity to carry the battle.”

Murphy’s remarks are made in advance of the November 8 midterm elections, in which 35 of the 100 US Senate seats and all 435 House of Representatives seats will be up for grabs.

Polling data indicates that many Americans are unhappy with how the Democratic Party—and notably Joe Biden—has handled the Covid epidemic, persistent inflation, and fuel shortages. Democrats currently enjoy a five-seat majority in the House and a 50-50 split in the Senate.

Despite a rise in Biden’s approval from 36% to 45% since July, the Republican party is still widely anticipated to regain control of the House, and some believe it may even do so in the Senate.