×
Newsyolo.com > Business > Construction of a new nuclear reactor has begun in Russia and Egypt. 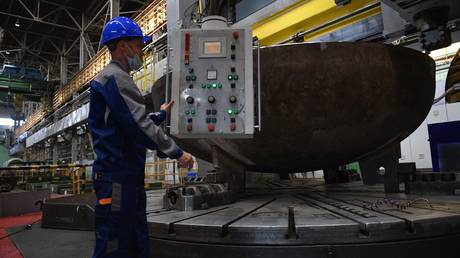 Construction of a new nuclear reactor has begun in Russia and Egypt.

Egypt’s first nuclear power plant is being built under the direction of Rosatom in Russia.

According to Rosatom’s press service, a second reactor is currently being built at the El-Dabaa Nuclear Power Plant (NPP) in Egypt. This information was provided to RIA Novosti on Saturday.

About 300 kilometers northwest of Cairo, the capital of Egypt, is where the four-reactor El-Dabaa plant is located. Construction on the project started this past July, despite it having been launched back in 2017. By 2030, the plant’s four planned nuclear reactors should be operating at 4.8 GW of their maximum capacity.

The NPP’s debut will be crucial for Egypt’s socioeconomic and technological development and will help the nation’s industry and the economy gradually switch to low-carbon energy sources. According to the news source, Rosatom Director General Aleksey Likhachev said at the ceremony that it would lay a strong foundation for Egypt’s confident and sustainable development for decades to come.

He pointed out that the second reactor’s construction is currently moving ahead of schedule, indicating that the project is picking up steam.

El-Dabaa will be the first nuclear power plant (NPP) built with Russian technology in Africa, as well as in Egypt. According to Likhachev, it is also the biggest joint Russian-Egyptian project since the Aswan Dam’s construction.