×
Newsyolo.com > Latest > Convicted murderer in the US avoids death 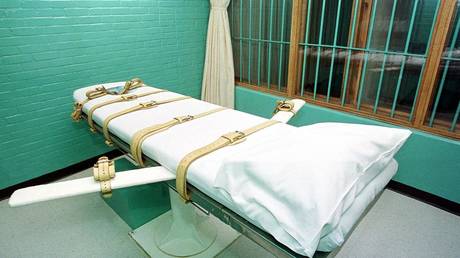 Convicted murderer in the US avoids death

Officials in Alabama were unable to administer a convict’s lethal injection because they couldn’t locate a vein.

When their executioners were unable to locate a suitable vein to administer the lethal injection before the deadline of midnight on Thursday, the state of Alabama was forced to postpone the execution of a convicted hitman. Due to issues with the intravenous (IV) setup, the state has had to abort two executions in the last three months.

The two IV lines needed for the killer-for-hire Kenneth Eugene Smith’s lethal injection were unable to be connected to his veins for an hour, despite the best efforts of the William C. Holman Correctional Facility staff in Altmore. They eventually managed to position one line but were unable to do so before the clock struck midnight and the 57-year-old’s execution warrant was no longer valid.

For killing Elizabeth Sennett in exchange for a $1,000 payout from her preacher husband Charles Sennett, who was deeply in debt and attempting to collect on insurance money, Smith received a death sentence in 1996. Smith acknowledged during his trial that he and his co-defendant, John Forrest Parker, “agreed for [co-defendant] John [Forrest Parker] and I to do the murder,” and that he had taken items from the home to make the murder appear to be a break-in.

Sennett was killed by eight stab wounds to the chest and two to the neck. Smith, who took part in the attack, asserted that he did not intend to kill Sennett. Parker, who received $1,000 for his involvement in the murder as well, was put to death in 2010.

When Smith’s request for a stay of execution was denied by the Supreme Court on Wednesday, the 11th US Circuit Court of Appeals granted one on Thursday, just before the scheduled execution time of 6 p.m. However, the Supreme Court later lifted that stay, giving executioners only a short window of time to execute before the death warrant expired at midnight. A new execution date must now be requested by the state in court.

After prison staff repeatedly attempted to insert an IV into Alan Miller’s arms, hands, and feet but were unsuccessful, Alabama was forced to postpone the execution of Miller in September. In violation of the established protocol, the state’s July execution of Joe Nathan James took more than three hours, making it one of the longest executions in history. The prisoner was left with an open arm and numerous puncture wounds.

In 2017, Alabama decided to end the death penalty, but this did not change any existing sentences.