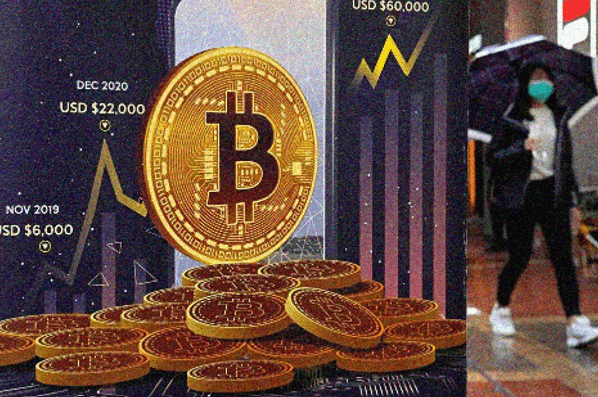 The Bank of England issues a warning that the need for stricter financial rules is highlighted by recent cryptocurrency meltdowns that destroyed more than $2 trillion in value.

(AP) LONDON — The Bank of England issued a warning on Tuesday highlighting the need for stricter financial rules in light of recent cryptocurrency meltdowns that erased more than $2 trillion in value.

According to the bank’s most recent financial stability assessment, the extreme volatility in the cryptocurrency markets, including those of so-called stablecoins, led to “fire sales” and accelerated price declines.

Although overall financial stability was not under danger, the bank expressed concerned “The increased integration of cryptocurrencies into the larger financial system would increase “systemic risks” and necessitate “better regulatory and law enforcement frameworks.”

At a news conference, Jon Cunliffe, the deputy governor for financial stability, said: “Technology doesn’t change the laws of economics, finance, and hazards.” “We now need to implement the regulatory framework that will control those risks in the cryptocurrency world in a manner similar to how we control them in the traditional world.”

The overall worth of cryptocurrencies dropped from $3 trillion at their high in late 2021 to $900 billion this year as a result of the collapse of Bitcoin and other cryptocurrencies, according to the bank.

The stablecoin Terra saw one of the worst meltdowns when it collapsed in May, wiping out tens of billions of dollars in value with little to no blame. Because their value is typically linked to a currency that is backed by the government, like the U.S. dollar, or a precious metal, like gold, stablecoins have historically been considered a safer investment among cryptocurrencies.

The bitcoin industry has come under increased scrutiny from officials in Europe.

Stablecoins that are used for payments would like to be regulated, according to the U.K. Treasury. The “Wild West of the crypto world” has been brought under control by a set of comprehensive regulations that the European Union inked a provisional agreement on last week. The agreement covers all 27 of the bloc’s members.