×
Newsyolo.com > Business > Cut back | Families in Mexico are cutting back as inflation reaches 8.15%. 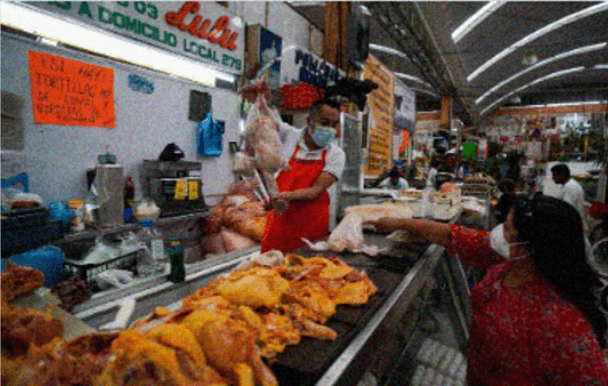 Cut back | Families in Mexico are cutting back as inflation reaches 8.15%.

MEXICO CITY, Mexico (AP) — The annualized inflation rate in Mexico reached 8.15% in July, the highest in more than two decades, according to the national statistics institute on Tuesday.

However, inflation in food and non-alcoholic beverages is even higher, with prices rising 14.5% in the last year.

Many Mexican families are feeling the pinch and foregoing some of the more expensive items, such as meat.

The Mexican government increased the country’s minimum wage by 22% in 2022, to around $8.50 per day, but much of that increase has now been eaten up by inflation.

Carla Valadez, a housewife, was shopping at a Mexico City market on Tuesday and had to buy vegetables instead of pork due to the high prices.

Juana Pardo, a retiree who relies on an $82 monthly supplementary pension program for the elderly, claims that “what I get from the government isn’t enough any longer.”

In a world where high inflation has become the norm, the government has lifted import duties on 21 basic food items and encouraged Mexicans to grow more food, but it is unclear how much this will help.