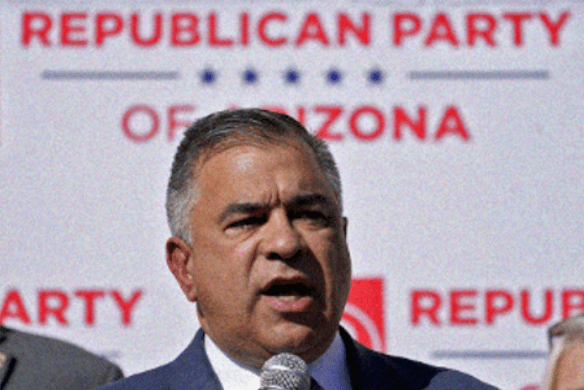 The head of Citizens United provided few specifics regarding how GOP debates held in the absence of a partner network would play out.

President of Citizens United David Bossie stated on Friday that if the presidential debate process is not changed, the Republican National Committee might consider avoiding major television networks.

Bossie said to right-leaning radio presenter Hugh Hewitt, “We don’t need to rely simply on the networks.” There are so many chances and platforms available that we can use to work with and spread the word.

Bossie noted that the RNC is still in the early stages of its process for arranging the 2024 debates, so he provided little details about how the GOP debates without a partner network might appear. Bossie, who is assisting in the RNC reform drive, said his party is actively looking into having officials from both major parties have more control over the format of their respective primary debates.

Primary debates have traditionally been co-hosted by both political parties and news organizations, in contrast to general election debates, which are organized by the Commission on Presidential Debates, which has been in charge of those events since 1988. Republicans have been especially appalled by what Bossie saw as grandstanding moderators, he added in his interview with Hewitt.

He described them as “moderators who aren’t attempting to ask questions to get the candidates front and center,” adding that we “had to not allow negative actors to infiltrate our debate process.

The RNC contends that the existing system is routinely skewed against Republicans and is calling for significant changes to how general election debates are conducted, including who is chosen to moderate them and the conditions under which they are held.

In a letter to the leaders of the Commission on Presidential Debates earlier this month, RNC Chair Ronna McDaniel blasted the group for what the GOP claimed were “repeated errors and politicized actions that reinforced its biases” and demanded several adjustments.

Republican criticism of the 2020 debates during the presidential campaign focused on the CPD’s decision to allow moderators to turn off the candidates’ microphones following the contentious first debate between Joe Biden and then-President Donald Trump to maintain order — moving the second scheduled debate to a remote format before ultimately canceling it, following Trump’s hospitalization with Covid-19 — as well as its choice of moderators.

The RNC made several demands, including term limits for CPD members, more guidelines for selecting debate moderators, and a “clear code of conduct” for them to follow.

If CPD does not decide to change its procedure, McDaniel vowed to urge Republican presidential candidates to abstain from CPD-sponsored events.

Bossie stated on Friday that “we do need a neutral entity to hold the presidential debates.” It is yet unclear whether we can cooperate with them to improve the system or whether we will need to contact another organization.