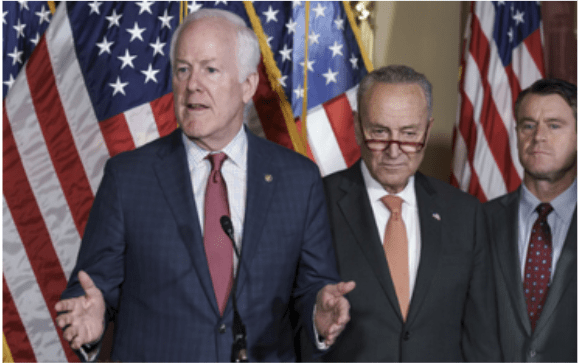 Dems enter the crucial week for their party-line strategy

The Senate Democrats are in for a crazy-busy week: either they’ll be wrapping up a major piece of legislation that has been in the works for more than a year, or they’ll be watching their health care, tax, and climate measure meet more roadblocks live on C-SPAN.

Chuck Schumer, the majority leader, has instructed his caucus to get ready to work all weekend to complete the bill. The legislation, which is anticipated to generate $739 billion in tax receipts, might not be completed until it is debated on the Senate floor later this week.

According to Schumer, “Our schedule has not changed, and I anticipate bringing this measure to the floor for voting this week.” “We’re thrilled and anxious to get this bill through the Senate as quickly as we can,” said the senator.

Before Sen. Kyrsten Sinema (D-Ariz.) has even publicly committed to the party-line proposal, lawmakers and staffers on both sides of the aisle are now thoroughly reviewing it. However, there almost definitely won’t be enough time to do so before Democrats intend to begin debating it on the floor. Additionally, senators are still awaiting the Congressional Budget Office’s assessment, which they’ll need in order to proceed.