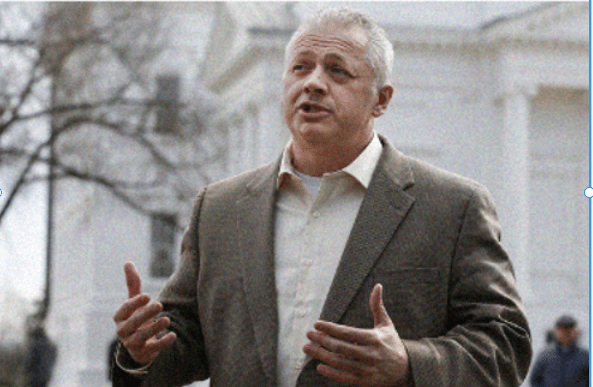 Conservatives began to criticize the first-term congressman after he presided over a same-sex wedding in 2019.

In a drive-through district convention on Saturday, GOP voters defeated Rep. Denver Riggleman (R-VA), who attracted the ire of conservatives after performing a same-sex wedding the previous year.

The party’s nominee for the general election was chosen by convention attendees to be Bob Good, a former county supervisor who ran to Riggleman’s right, particularly on social issues. According to Melvin Adams, the district GOP chairman, Good received support from 58 percent of the delegates who cast ballots on Saturday.

After a day-long conference held in the parking lot of a church in central Virginia, Good was successful. He ran as a fervent social conservative, running on a platform of conventional marriage, support for making English the nation’s official language, and opposition to birthright citizenship.

The convention, which was postponed from earlier this spring due to the coronavirus, was denounced by Riggleman as a dishonest process that disenfranchised GOP voters in the district. In Lynchburg, 3,500 delegates were instructed to vote between 8:30 a.m. and noon outside the chapel as a safety measure. and 7 p.m.

Riggleman claimed his campaign had heard general complaints of “voting anomalies” and “ballot stuffing” after the convention but before the results were made public.

At this point, we are weighing all of our alternatives, Riggleman tweeted late on Saturday night.

District party committees in Virginia are free to choose whether to select their nominees through primary elections or through conventions, which draw a far smaller turnout.

The district, which stretches from the North Carolina border to the suburbs of Washington, D.C., leans Republican. In 2016, President Donald Trump won it by 11 points, and in the midterm elections, Riggleman defeated his Democratic opponent by 7 points.

On June 23, House Democrats will hold their own primary to decide who will run for the seat.

Riggleman joins Reps. Dan Lipinski (D-Ill.) and Steve King (R-Iowa), who lost their respective primaries earlier this year, as the third member of the House to be denied reelection in 2020.