×
Newsyolo.com > entertainment > Dhanush and Joe Russo Were Seen At The Airport Before The Gray Man In Mumbai Premiere 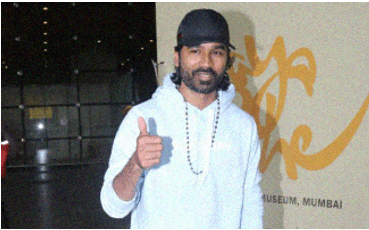 The Russo Brothers fulfilled a commitment. The filmmakers declared a few weeks ago that they would visit India, and they did so (one of them did). On Wednesday in the late afternoon, Joe Russo made his way to the Mumbai airport. In addition to Ryan Gosling, Chris Evans, Ana de Armas, Rege-Jean Page, Jessica Henwick, and Wagner Moura, The Gray Man, directed by the Russo Brothers, also stars Dhanush, who was also spotted at the airport. Dhanush portrays an assassin opposite Ryan Gosling in the movie The Gray Man.

Here are photos were taken at the airport:

Dhanush went to the movie’s premiere in Los Angeles earlier this month. His sons Linga and Yathra were with him. Dhanush posted images from the premiere and stated: “when you realize they’ve snatched the spotlight away from you. Yathra and Linga attended the premiere of The Gray Man.”

The Russo Brothers are shortly visiting India, and Dhanush posted a photo of them on Instagram last week with the caption: “Super delighted.”

Meanwhile, Dhanush’s The Gray Man co-star Ryan Gosling shared the following about working with the actor in an interview with NDTV’s Rohit Khilnani: “Dhanush is amazing. He’s just… I mean, I simply liked working with him. There wasn’t enough time for me to get to know him. I’m eager to collaborate with him again on a movie. Just such a disciplined man. He was perfect all the time. The choreography was extremely precise in every way. Additionally, he has a hilarious sense of humor that is just delightful to be around. You know, working with him was incredibly fun, and I’d love to work with him again.”