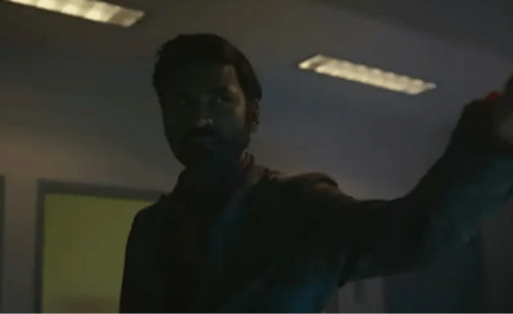 In the movie The Gray Man with Ryan Gosling and Chris Evans, Dhanush portrays an assassin.

Even though Dhanush appears in The Gray Man’s trailer for a brief moment, it’s exciting to watch him in his first Hollywood production and to see his name included in the credits. Ryan Gosling plays Court Gentry, nicknamed Sierra Six, a black operations operative who flees after learning damaging information about his organization; his adversary is Lloyd Hansen, played by Chris Evans, an assassin. The Gray Man, directed by the Russo Brothers, features a stellar cast. a fellow mercenary who is insane and tasked with eliminating “the infamous Sierra Six.” Naturally, Ryan and Chris receive the majority of the screen time, but several other well-known actors also make an appearance, not the least of whom is Dhanush, an assassin who targets Sierra Six and his associates when Lloyd places a hit on him. Even though Dhanush’s fight scene is far too short, he kicks his opponent with authority and is shown full-frame calling at him.

An ally of Ryan Gosling’s character, Ana de Armas plays agent Dani Miranda; Rege-Jean Page, a Bridgerton alum, plays the agency head who tasks Lloyd Hansen with eliminating Sierra Six. Billy Bob Thornton, Alfre Woodard, Wagner Moura from Narcos, and Julia Butters from Once Upon A Time in Hollywood are all included in the cast.

The trailer for “The Gray Man” was posted by Dhanush on his Instagram account. His followers and colleagues in the industry flocked to the comment section as soon as he shared the post. When a fan wrote, “Proud to be your Fan,” followed by a heart emoticon, Bhumi Pednekar responded with a clapping emoticon.

Earlier, Dhanush posted “The Gray Man” alongside his first look from the movie on his Instagram account.

Dhanush’s brief appearance in the trailer has generated mixed reactions on Twitter.