×
Newsyolo.com > entertainment > Drake Introduces the Sidhu Moose Wala Tee To Honor the “Life And Influence” of the Late Singer 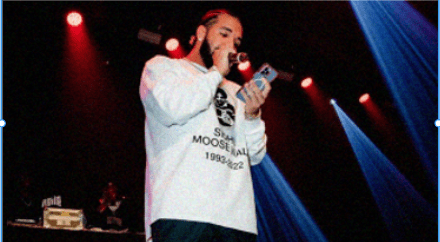 Drake wrote on Instagram, “Remembering this icon with a tee.”

Washington: International rapper and artist Drake has once again won the hearts of his followers with a tribute to the late Punjabi singer Sidhu Moose Wala.

To honor the late artist, Sidhu Moose Wala, Drake has stated that he would soon start selling T-shirts with the singer’s visage on them. When Drake appeared at a performance in Toronto a while back, he was spotted sporting the identical T-shirt. The family of Sidhu Moose Wala will receive the money from the sale of these t-shirts, and they will select where to donate them.

A video of Sidhu Moose Wala was posted on Drake Related’s verified Instagram account, along with the following message: “Mr. Sidhu Moose (1993-2022). We honor your life and impact in India, Canada, and everywhere else. Our legendary friend, rest in peace. A shirt honoring this legend is currently available at www.drakerelated.com. To dedicate the sales from this drop in Sidhu’s honor, we are coordinating with his family.”

T-shirt pre-ordering has already begun on Drake’s official website. The T-shirt costs $65, which is equivalent to about 5,000.

Drake wore the identical T-shirt a week ago when he was playing at a performance in Toronto. And just before the show began, Drake said: “I grew up wide-eyed and I’m just a child here tonight, appreciative. I’m one of you tonight; I’m a fan. I’m grateful to come from the world’s best city.”

In 2020, Drake began to follow Sidhu Moose Wala on Instagram. Drake posted a story in Sidhu Moose Wala’s memory on social media following the shooting that occurred earlier this year.

On May 29, intruders shot and killed Sidhu Moose Wala in Punjab’s Mansa district’s Jawaharke village. A day after the Punjab Police removed his security, along with 424 others, the event happened.

Notably, the musician joined the Congress party the year before the Assembly elections in December.

In a Facebook post, Canadian criminal Goldy Brar took responsibility for the murder of Moose Wala. The main suspect in the murder of the Punjabi rapper is gang leader Lawrence Bishnoi, who is closely associated with Goldy Brar.

On July 20, two assassins of Moose Wala were shot dead nearby Amritsar after exchanging fire with Punjab Police. Jagroop Singh Roopa and Manpreet Singh, from whom an AK-47 and a pistol were found after the encounter, were the two gangsters who were slain.