×
Newsyolo.com > Business > Economic growth | US Economy Decreased 1.6% to Begin the Year; Return to Growth Is Expected 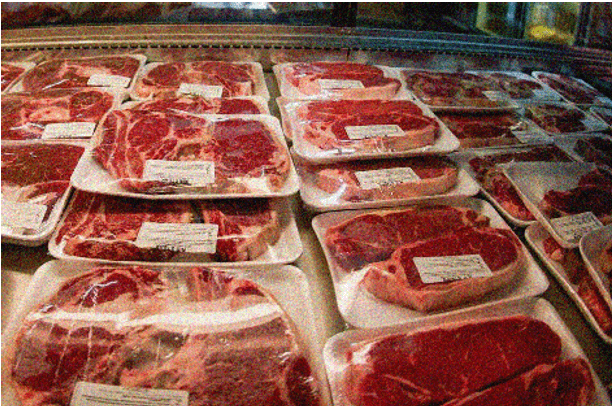 Economic growth | US Economy Decreased 1.6% to Begin the Year; Return to Growth Is Expected

The government said on Wednesday that the U.S. economy contracted at a 1.6% annual pace in the first three months of the year despite consumers and businesses continuing to spend at a robust clip. This was a modest revision to the government’s earlier estimate for the January-March quarter.

Washington, D.C. The government said on Wednesday that the U.S. economy contracted at a 1.6% annual pace in the first three months of the year, a modest revision downward from its earlier estimate for the January-March quarter.

Following a robust 6.9% expansion in the final three months of 2021, it was the first decline in the gross domestic product, the broadest indicator of economic output, since the second quarter of 2020, at the height of the COVID-19 recession. A 40-year peak in inflation is being experienced, and consumer confidence is declining.

The Commerce Department had estimated first-quarter GDP growth at 1.5% last month. However, the department reported that consumer spending, which makes up roughly two-thirds of economic production, was significantly weaker than it had predicted previously, expanding at a 1.8% annual pace as opposed to the 3.1% it predicted in May.

An adjustment to its estimation of business inventory somewhat offsets that. Commerce reported that reduced firm shelf restocking had affected first-quarter growth by less than 0.4 percentage points, down from the 1.1 percentage point damage it predicted in May.

Even still, economists believe that the negative GDP statistic does not necessarily portend the onset of a recession and anticipate that growth will pick up later this year.

The first-quarter decline doesn’t reveal anything about the economy’s fundamental health: A larger trade deficit, which reflects Americans’ desire for imports of goods and services, reduced the growth in GDP by 3.2 percentage points between January and March.

Business investment increased by a robust 5%.

However, despite a swift rebound from the brief but devastating coronavirus recession of 2020, the U.S. economy is still under pressure as the Federal Reserve boosts interest rates to combat inflation that is at a 40-year high.

Businesses were unprepared for the resurgence, and a sudden spike in client orders overflowed factories, ports, and freight yards, causing shortages, delays, and increased prices. Consumer prices increased by 8.6% in May compared to the same month last year, the largest increase since 1981.

In response, the Fed accelerated its plan to raise interest rates by raising its benchmark short-term rate by the largest amount since 1994—three-quarters of a percentage point. The Fed wants to accomplish a “soft landing,” or slowing down the economy just enough to keep inflation at its target level of 2%, without triggering a recession.

The home market is already seeing the effects of higher borrowing costs.

According to the World Bank, the economy is still anticipated to post decent growth for the entire year or 2.5%.