×
Newsyolo.com > Business > El Salvador increases its use of Bitcoin 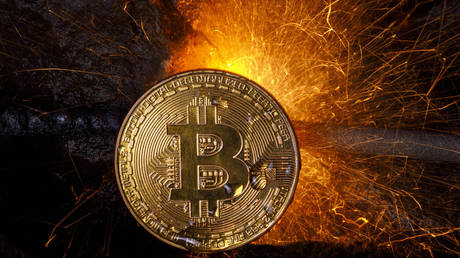 El Salvador increases its use of Bitcoin

According to its president, the Central American nation will begin purchasing one cryptocurrency every day.

El Salvadoran President Nayib Bukele remains enthused about Bitcoin despite the turmoil in the cryptocurrency market brought on by the collapse of the FTX exchange. He declared on Wednesday that starting on November 17, the country will begin buying the token daily.

The nation’s last purchase was in July 2022, almost three months before the announcement. El Salvador currently holds 2,381 BTC with an average purchase price of $43,357, according to public records cited by Cointelegraph. According to the outlet, this indicates that the country has spent close to $103.23 million on Bitcoin purchases, despite the currency’s current value of $39.4 million.

Due to the severe crypto winter, “El Salvador’s BTC adoption might not look very promising at this point,” Cointelegraph stated. The nation can easily offset its losses in the following bull cycle by simply holding onto its BTC purchase, according to the history of the Bitcoin price cycle.

After establishing Bitcoin as a legal tender, El Salvador began purchasing it in September 2021. The virtual currency was experiencing a bull market at the time.

Rumors that the nation had holdings on the exchange led to reports that it was briefly involved in the ongoing FTX saga. Shortly after, Bukele spoke with Changpeng Zhao, CEO of Binance, and refuted these rumors.