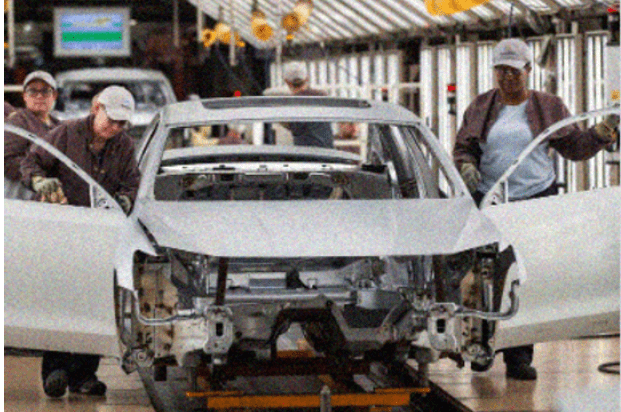 Volkswagen has started making its first electric car built in the US at a plant in Tennessee.

AP — CHATTANOOGA, Tenn. Volkswagen started making its first electric car built in the US on Tuesday at a plant in Tennessee.

The German manufacturer stated in a news statement that it intends to increase production of the ID.4 electric small SUV in Chattanooga to 7,000 vehicles per month in the fourth quarter of this year, with the aim of raising that rate next year.

The start-up follows Volkswagen’s announcement of an $800 million investment in the company’s North American EV production at the Chattanooga plant in 2019, including infrastructure for EV and battery pack assembly. By the end of the year, the company claims to be hiring more than 1,000 members of the production team there. More than 4,000 people are currently employed by Volkswagen Chattanooga.

The start of manufacturing coincides with American automakers’ efforts to target the largest market sector in the country with electric vehicles: small SUVs, which account for 20% of new vehicle sales.

With more than 190,000 sold to customers worldwide since last year, Volkswagen claims that the ID.4 is its most popular electric vehicle.

For the car, Volkswagen says it would mostly use North American parts, including those made in 11 different U.S. states. The batteries will be provided by SK Innovation in Georgia.

Volkswagen earned an additional $50 million in state incentives for the Chattanooga facility to support the production of electric vehicles as part of the budget adopted by Tennessee lawmakers in 2019.to raise