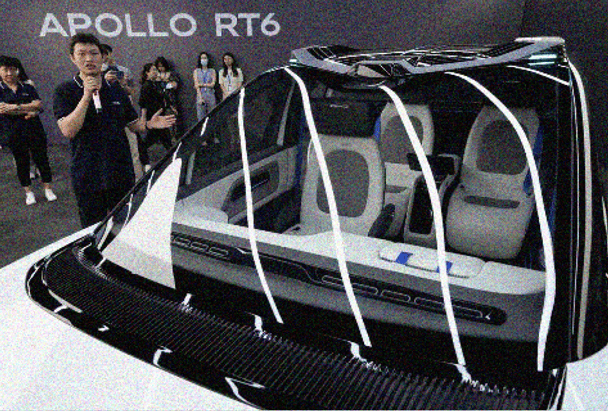 Electric news | The Apollo RT6 is the newest autonomous electric vehicle from Baidu.

Baidu’s robotaxi fleet will soon include the Apollo RT6 as China advances its goals for autonomous driving. It will cost 250,000 yuan ($37,000) per unit and be an electric car with a steering wheel that can be removed or added as needed.

Robin Li, co-founder and CEO of Baidu, stated at the company’s Baidu World conference on Thursday, “This enormous cost reduction will enable us to deploy tens of thousands of autonomous vehicles across China.”

We’re headed for a time when using a robotaxi will cost half as much as using a taxi does right now.

Baidu already operates Apollo Go, a self-driving robotaxi ride-hailing service with safety personnel sitting in the driver’s or passenger’s seat. Apollo Go has been introduced in significant cities like Beijing, Shanghai, Shenzhen, and Guangzhou, albeit the service is only available in a few locations.

The RT6 also achieved Level 4 of the industry’s five available technological levels. This implies that while its systems can function without a driver, they must first be pre-loaded with a thorough map, which restricts the range of motion for the cars.

The lower levels of technology start with the long-used cruise control feature and go all the way up to Level 3, which enables hands-free highway driving. Self-driving robot carts are already often utilized in warehouses, factories, and other strictly regulated environments.