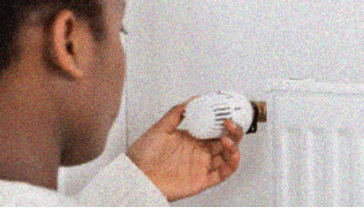 According to the Department for Business, customers with fixed energy contracts would immediately see their bills reduced.

Liz Truss, the new prime minister, declared that for the next two years, the average yearly household budget would be capped at £2,000.

According to a Department for Business representative, recipients of the plan “do not need to take any action to obtain the benefits of this scheme.”

Customers will be contacted by energy companies to discuss the implications of the government’s intentions to cap costs for them.

The grieving time for the Queen’s passing, according to Downing Street, won’t have an impact on the implementation of the new policy.

“The public should be reassured that the energy price guarantee will be in place for households,” the prime minister’s official spokeswoman stated.

Before Thursday’s news, annual household expenses were expected to increase from £1,971 to £3,549.

Customers will receive information about the new tariffs from Scottish Power between now and September 19 in communication with them.

Keith Anderson, the company’s chief executive, told the BBC that the government’s energy strategy was a “huge step forward” since it gave customers assurances about their winter energy costs.

This buys us some time, he explained. The following 18 to 2 years will depend on how we use that time and what we accomplish.

According to commentators, the massive energy bill assistance program launched by Ms. Truss on Thursday might cost up to £150 billion. The prime minister cited the fact that “exceptional times call for extraordinary measures.”

Along with strategies to keep home energy bill hikes to a minimum, Ms. Truss detailed plans “to ensure we have the security of [energy] supply for the long-term].”

A review of fracking by the British Geological Survey was scheduled for publication by the government. But according to Downing Street, this won’t be made public until the Queen’s official time of mourning has passed.

Energy industry veteran Mr. Anderson claimed that the total proposals represented “the biggest shift and transformation ever in this business.”

He predicted that it will alter the industry forever. “I believe there has been a significant amount of intervention; now is the time to refocus and reorganize. To create a market that is prepared for the future, we must use this time wisely.

However, it is equally crucial to develop energy sources and supplies that safeguard both the nation’s and its citizens’ futures.

Energy provider E.On claimed that because it will incorporate the government program into all of its rates, its consumers didn’t need to take any action.

Customers with fixed tariffs won’t have to modify their contracts, the company claimed.

Greg Jackson, CEO, and creator of Octopus Energy advised clients to “sit tight and wait to hear from their energy supplier” as businesses worked out the specifics.

Nothing will change before October 1; we’ll keep everyone informed, he continued.