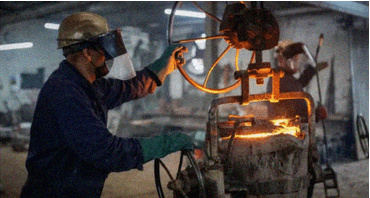 However, the assistance would be retroactive and start on October 1, according to a government official.

Prime Minister Liz Truss stated last week that businesses would receive “equal support” to the aid given for homes.

However, businesses have been unaware of the full implications of that, including the level of support they will receive.

Official government statement: “Next week, we will confirm additional information on the business support program. The program will assist companies with their October energy bills, including possible backdating.”

The particular mechanism and quantity of support may not be finalized until November, according to a government source, so the assistance could be retroactive.

There was also a six-month time restriction on the business help, with the possibility to extend it for “vulnerable firms,” but there was no explanation of what that term meant either.

“All businesses are vulnerable if they consume energy, and let’s face it, the difficulties in the gas market don’t appear like they will go away in six months,” Alan Soady of The Federation for Small Business told the BBC.

Businesses lack a similar mechanism, in contrast to homes, where a cap on the unit price for gas and electricity results in an average household paying £2,500 per year for energy.

Depending on their level of usage and the proportion of gas and electricity they use, businesses can choose from a vast array of various contracts.

A lot of large companies also have their energy purchasing divisions and systems to protect themselves from sharp price changes.

Additionally, unlike homes, there is no price restriction, which means that there is never a point at which everyone’s expenses alter.

Businesses normally have one- or two-year fixed contracts, but the CBI estimates that a third of them are up for renewal between October and before winter.

Meetings to work out the specifics of their strategy continue, according to the Department for Business, Energy, and Industrial Strategy, and government business continues even during the formal period of grief.

That won’t give much solace to the company owner I spoke to last week who was debating whether to give up the keys to his building before the winter.

To prevent a recession, the prime minister and chancellor have issued a blank check.

Few firms will invest, hire, or sign a new lease until they know what assistance is coming their way when it will arrive, and for how long. Households’ awareness that their bills are fixed for the next two years will help in that endeavor.

The government must give greater information and assurance as soon as possible if the recession is to be avoided.