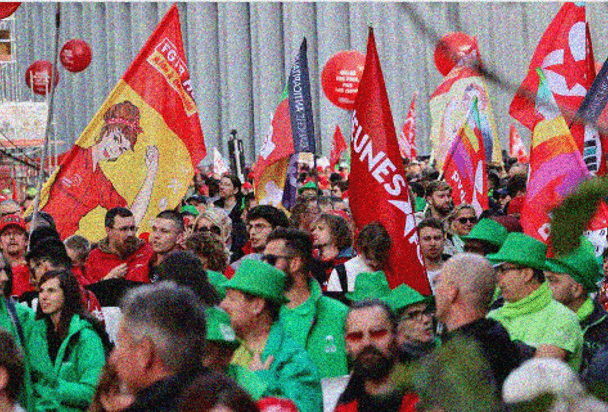 Thousands of people have gathered in Belgium to protest the rising costs of food, natural gas, and electricity.

Belgium (AP) — On Wednesday, thousands of people gathered in Brussels, the capital of Belgium, for “a national day of action” to protest the rising costs of food, natural gas, and electricity and to call attention to the steep increase in the cost of living.

According to local police and labor unions, some 10,000 people participated. People from all over the nation gathered, carrying signs that read “Freeze prices, not people” or “Life is much too expensive, we demand solutions now” as they marched behind the banners. Public transportation and city traffic were both impacted.

According to a poll conducted by Belgian media this week, 64% of those surveyed are concerned that they may not be able to pay their electricity and gas bills, which have more than doubled in the past year, while 80% of those surveyed said they are already making efforts to reduce their use of energy and water.

“Whatever is in the cart now costs 20, 30, or even more when we go grocery shopping, depending on the store you go to. Our wallets are struggling to keep up, according to demonstrator Pascal Kraeso from Brussels.

Last month, Prime Minister Alexander de Croo issued a dire warning, stating that “the next five to 10 winters will be challenging” due to the high cost of gas and power brought on by Russia’s conflict in Ukraine.

The 27 nations that make up the European Union have decided to reduce gas use by 15% on average this winter, with a focus on lowering demand during peak hours. The problem will be discussed at a meeting of EU energy ministers next week.