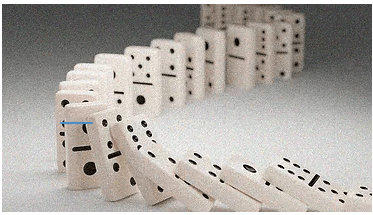 Authorities in the Netherlands warn that if just one European nation fails to fill storage tanks by November, the entire EU will be in danger.

According to Dutch Climate and Energy Minister Rob Jetten, a gas crisis in any one EU nation would soon spread throughout the entire union.

“It’s excellent if some member states can fill their gas storage by November 1, but if other countries fail to reach 80% – particularly big nations like Germany – then you have to be aware that there would be a domino effect for the entire of Europe,” Jetten said on Tuesday to Politico magazine.

The minister noted that in the event of a cessation of the Russian gas supply, the Netherlands “will stand with neighboring countries.”

Jetten emphasized that using the Groningen gas field, which was previously among the largest in Europe and served as the continent’s primary supplier of gas for many years, would only be the last choice. In 2019, the Dutch government announced that the giant area in the northeastern part of the country would be shuttered by October 2022 to limit seismic risks in the region, with gas only to be extracted thereafter in the event of extreme weather or unforeseen circumstances.

To use less natural gas, the country abolished all limitations on coal-fired power plants last week. At the same time, the government issued an “urgent appeal” to businesses to use as little energy as possible before the winter months. This week, Jetten intends to offer a proposal for the construction of two nuclear power facilities in the nation.