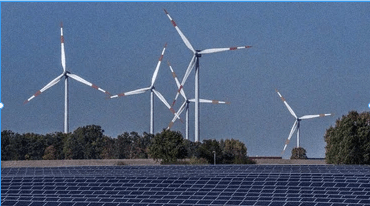 Europe | Putin comments on the rise in energy prices

According to Russian President Vladimir Putin, the EU has sanctioned Moscow and cut off supply lines, but is now attributing its gas problems to Gazprom.

Putin said while in Tehran for a conference with the leaders of Iran and Turkey that Russia is prepared to give as much gas as the bloc requires if it wants to stop “walking on rakes.”

“What’s this got to do with Gazprom? When asked about the present gas scarcity in Germany, Putin said, “They closed one route, the second route, and put these gas pumping stations under sanctions.

“Gazprom is prepared to pump as much as is required, but [the West] closed everything on their own,” the company said. In terms of oil and petroleum products, they are treading on the same ground as well, the Russian president continued.

Putin continued, describing claims against Gazprom as “absolutely false” and a bid by Western nations to “transfer the responsibility for their own faults” onto Russia. The Russian gas company has always complied with its contractual responsibilities.

Putin reaffirmed what he said last month about the EU’s energy strategy, claiming that for the past ten years, the EU has neglected the “conventional energy” sector, which includes coal, oil, gas, and nuclear power, in favor of “green” initiatives like wind and solar.

According to Putin, “Banks do not finance, insurance companies do not provide insurance, local governments do not allot land for new developments, and pipelines and other modes of transportation are not constructed.” “You can see the outcome immediately.”

The Russian president claimed that since Western countries are “great professionals in the sphere of non-traditional relations,” they also chose to invest in “non-traditional sources of energy.” “The winter ended up being rather long. No breeze was present. That’s it.

According to reports, Gazprom informed its customers on Monday that a situation involving force majeure has prevented them from delivering natural gas to Germany since July 14. A Siemens turbine that had been shipped to Canada for repairs was needed because the Nord Stream 1 pipeline needed to be shut down for annual maintenance. Ottawa, however, has delayed the turbine because to US and ally sanctions against Russia. It changed its mind later at Berlin’s urging. By Thursday, the pipeline should be operating normally once more.

Russia’s offer to reroute the supply through Nord Stream 2, the second pipeline beneath the Baltic Sea, was also rejected by Germany, which claimed that the pipeline lacked the necessary operating permits. Before the Russian military intervention in Ukraine, Berlin had put the certification of the pipeline on indefinite hold in February.