×
Newsyolo.com > Business > Europe | Putin projects the costs of anti-Russian sanctions on the EU. 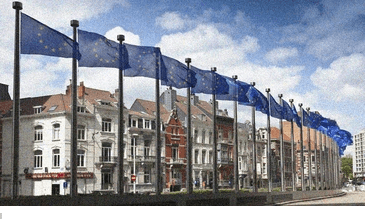 Europe | Putin projects the costs of anti-Russian sanctions on the EU.

According to the Russian president, they might reach $400 billion in just one year.

Russian President Vladimir Putin stated on Friday during his speech at the St. Petersburg International Economic Forum that the 27-member bloc’s economic downturn is primarily due to the sanctions the European Union has imposed against Moscow (SPIEF).

According to him, “direct losses from the sanctions fever alone might top $400 billion in a year,” and he said that EU citizens would be responsible for paying the costs.

Putin asserts that the sanctions will cause the bloc to be less competitive internationally for years to come. He made note of the EU’s faltering economic growth and record-high inflation rates.