×
Newsyolo.com > entertainment > Everything You Need To Know About The French Riviera’s Preparation for Cannes 2022 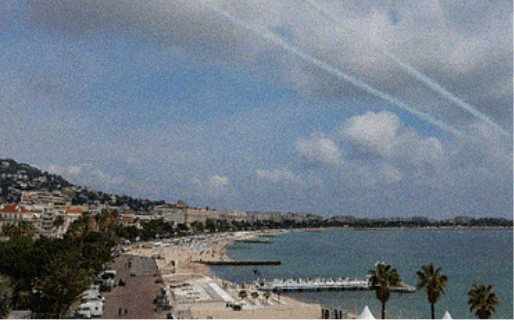 The French Riviera town, which is largely back to normal this year, hopes to benefit from the windfall

This year’s Cannes Film Festival promised a return to its customary wild parties and displays of extravagant wealth after celebrations suffered over the previous two Covid-19 years. People seek human touch, said Romain Benichou of rental company Century 21, “There is real euphoria.” However, the most luxurious villas can cost up to 400,000 euros ($421,000) for the fortnight of the event, so getting into the greatest parties isn’t cheap.

That is a tiny price to pay for the Hollywood heavyweights and major corporations eager to mingle with the glitzy guests of the world’s most popular film party.

That is especially true given that the 2020 edition was postponed due to Covid and that last year was required to proceed under stringent health regulations, which made the parties quieter.

The French Riviera town is aiming to take advantage of the windfall now that things are mostly back to normal.

According to local authorities, this resulted in 90,000 overnight stays and 2,200 jobs during the festival.

The numbers for 2021 were not provided, but given that the American and Asian delegations were largely absent, attendees had to wear masks, and there were daily Covid-19 tests, they were probably much lower.

But things seem to be improving. The president of the Nice-based event company Terre d’Evenements remarked, “We are not quite back to the budgets of five or six years ago, but there is a rebound,” adding that he had just returned from exploring a villa for an “important influencer.” Since last year was so dismal, a lot has changed, he continued.

The absence of Russians will be a disappointment for those who assist the extremely wealthy. The event and the industry bazaar that coexists with it have specifically said that Russians with ties to the government are not allowed.

Only “a few Russians without links to the government or the public sector,” as opposed to the hundreds who typically attend, a market spokesman claimed.

According to Grosso, “there were usually one or two Russians planning a big party on the beach.” “But the Americans’ comeback will make up for it,” In celebration of the promise of Americans, ice cream manufacturer Magnum, one of the festival’s sponsors, is throwing a special beach party on May 19 with singer Kylie Minogue.

Press representative Frederic Henry remarked, “This year in Cannes, all the big producers are here.” Disney and Netflix are included, in addition to Tom Cruise.

The two ports in Cannes, according to a yacht rental company, were “packed to bursting.” Owner Fabrice Viard stated that “the American clientele prefers to charter large private boats during the festival – it’s more discrete than a large hotel.” Not that hotels have any rooms available.

Even a former Miss France was obliged to make a reservation in St Tropez, an hour away, due to the high demand, claimed Viard.

There are no more hotels or Airbnbs in Cannes, he declared.