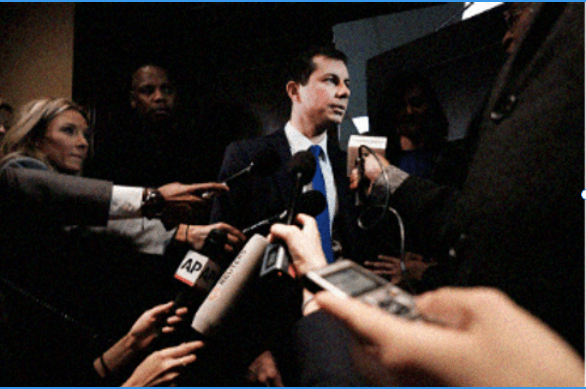 Pete Buttigieg wants to “turn the channel” from Washington’s “mesmerizing horror show,” in his words.

The mayor of South Bend, Indiana, who will be 37 in 2054, said: “Here you have this moment, probably the only moment in American history where it just might make sense for somebody my age, coming from experience in the industrial Midwest, nonfederal, different background, bringing something that will help Americans envision the world as it will be in 2054. And just change the channel from this madness.”

Buttigieg stated during an appearance on NBC’s “Meet the Press” that a “lack of civility” in the Trump administration inspired him to run for president of the Democratic Party.

Buttigieg talked about his experience reviving his city, which had fallen on hard times after the auto sector left in the 1960s. He claimed that this about-face and empathy for people who were left behind will enable him to battle the division that helped Trump win the presidency in 2016.

Although Buttigieg’s campaign is still in the early stages, a formal announcement is anticipated in South Bend this month.