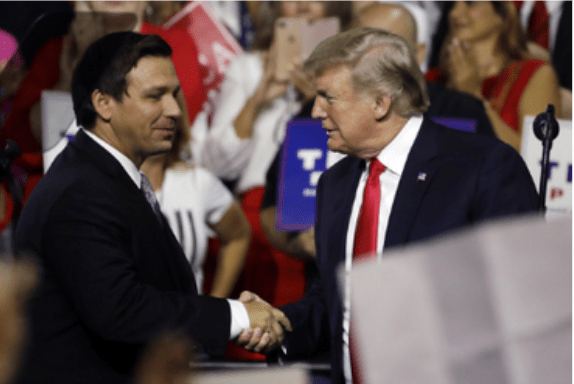 FLORIDA’S TALLAHASSEE — Ron DeSantis or Donald Trump are not Erick Aguilar. All he wants is for you to believe he is.

Aguilar has sent a barrage of fundraising emails while running for Florida’s 4th Congressional District using WinRed, a popular platform utilised by Republicans to handle campaign donations. However, neither Aguilar’s campaign nor his main opponent in the Aug. 23 primary, state senator Aaron Bean, who is backed by the majority of the state’s GOP establishment, were mentioned in the solicitations.

Instead, the text of the communications gave the impression that donations would be made to more well-known GOP figures, such as the former president, the governor, or Ohio Rep. Jim Jordan.

One email with the subject line “Governor DeSantis is always pushing back against Corrupt Left” was sent out. No matter how terrible things are in this country, the Biden administration and the Fake News media are obsessed with what Florida is doing.

“It is time to assist America’s Best Governor,” it continued. Could we rely on you to back DeSantis?

The strategy seemed to be successful, especially with older, retired donors from all over the nation. Campaign finance records reveal that some of Aguilar’s WinRed emails, including the one regarding DeSantis, were sent out in November, shortly before the Jacksonville-based candidate’s campaign received nearly 16 times as much money in December. Yet some of the contributors had no idea that their money was going to Aguilar.