×
Newsyolo.com > Sports > Football | Abramovich may purchase a Russian soccer team, according to the media 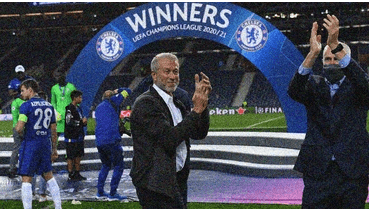 Football | Abramovich may purchase a Russian soccer team, according to the media

In speculations of a potential takeover of Russia’s most successful club, the former Chelsea owner has been mentioned.

According to a rumor in Russia, Roman Abramovich would play football again if steel and mining behemoth Evraz, in which the billionaire owns stock, invests in Spartak Moscow.

Abramovich ended his 19-year ownership of Chelsea last month when he officially sold the team. This came after the UK government imposed sanctions against him because of his alleged connections to Russian President Vladimir Putin.

According to RB Sport’s report on Tuesday, Abramovich might be associated with a new team if steel and mining business Evraz, in which he has a large stake, buys Spartak Moscow.

Despite acknowledging that this was not a possibility “in the short term,” the Russian publication reported that “sources in the football market are talking about a possible sale of [Spartak].”

The potential of Abramovich becoming engaged at a club that is currently majority-owned by tycoon Leonid Fedun, co-founder of energy giant Lukoil, has nonetheless been discussed in the Russian media.

The news this week that Fedun, 66, was resigning from his position as vice president of Lukoil “due to attaining retirement age and family circumstances,” though the businessman emphasized that this would not influence his obligations to Spartak, stoked speculation about his future.

The recent remarks made by Fedun “remain relevant,” according to the Spartak press office in response to the reports of a potential sale, while an Evraz representative denied that the firm was “considering any proposals to acquire sports teams or clubs.”

Spartak has won a record 22 Soviet/Russian top-tier league championships over the years, making them the most successful club in domestic Russian sports history.

The fresh allegations are not the first time that Abramovich has been mentioned in connection with the potential acquisition of a new team since he was compelled to break company with Chelsea.

Russian billionaire reportedly had his eye on Valencia of Spain’s La Liga and Goztepe of Turkey’s Super Lig, but both speculations were quickly shot down by the 55-year-officials. old’s

The friendship Abramovich has with Evgeny Giner, president of Spartak’s fiercest rivals CSKA Moscow, serves as one justification against any prospective participation of Abramovich with Spartak.

Abramovich’s former business Sibneft had previously sponsored CSKA, and allegations of a conflict of interest with his ownership of Chelsea led to a UEFA inquiry in 2004; nonetheless, the businessman was ultimately found not guilty.

Abramovich was pushed to establish a supper club of the same stature in his native Russia by Russian State Duma Deputy Dmitry Svishchev when it became evident in March that he would have to sell Chelsea.

“I believe that now is the perfect time to invest our resources in bettering our sports clubs. Additionally, our sports industry will surely benefit from the expertise of individuals like Abramovich, the legislator remarked.