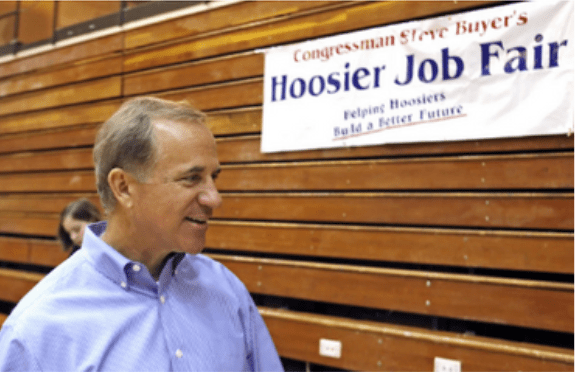 On Monday, federal prosecutors filed criminal and civil insider trading charges against former representative Stephen Buyer in a federal court in Manhattan. They claim that the Indiana Republican bought securities before T-planned Mobile’s acquisition of Sprint using knowledge gained from a golf outing with a company executive.

According to U.S. Attorney for the Southern District of New York Damian Williams, Buyer was detained on Monday.

According to a civil complaint submitted by the Securities and Exchange Commission, Buyer, who was serving as a consultant to T-Mobile at the time, learned about the potential megamerger from a corporate executive while on a business trip to Miami. Despite being informed of the merger’s confidential nature, which was ultimately abandoned, Buyer bought more than $500,000 worth of Sprint shares, which were later sold, according to the regulatory body.

The complaint claims that the former nine-term congressman also used his position as a consultant to Guidehouse LLP to buy Navigant shares prior to his client’s acquisition of that company in 2019.