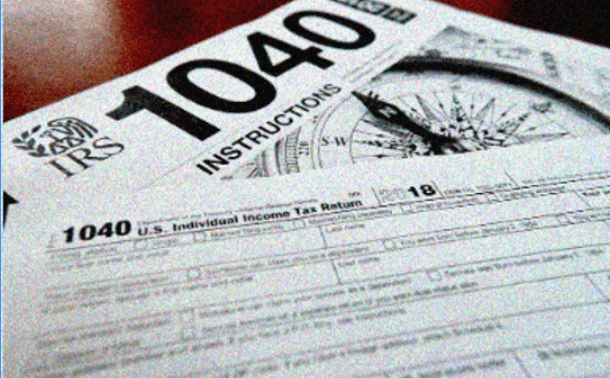 Legislators and supporters have been fighting for it for a long time. Because the U.S. tax system is becoming more complex, it is frustrating for many Americans to not only have to pay often large tax bills but also to pay extra money for tax preparation software or preparers.

At a hearing of the Senate Finance Committee in June, Treasury Secretary Janet Yellen stated, “It’s something we should do, and when the IRS is appropriately resourced, it’s something that will happen.

Additionally, the IRS now has the resources to create new systems to assist Americans in paying their taxes because of the almost $80 billion it will receive from the so-called “Inflation Reduction Act.” Congress approved the bill on Friday.

There are many obstacles in the path. It will probably take years to set up and operate a new, free system, even under the best-case scenario. Commercial tax preparation firms are also pushing back, questioning if Americans want the IRS to handle their taxes.

The IRS’s arrangement with a few commercial tax preparation firms, known as the Free File Alliance, may be the biggest roadblock because it prevents the federal agency from developing its free tax return filing system. In other words, businesses promised to offer free services to taxpayers who earn $73,000 or less in exchange for the IRS agreeing not to develop its filing system.

Although the agreement’s 16-year clause was legally eliminated in 2019, tax experts and government reports claim that the program’s presence played a significant role in the IRS’s decision not to pursue its own electronic free file system.

Even though 70% of taxpayers are eligible for services through the Free File Alliance, just 3% of taxpayers use the service, according to a report from the Government Accountability Office in April. Before the Alliance expires in October 2023, the watchdog suggested that the IRS identify new free filing options.

The IRS is given the chance to develop a new system with the resources provided by the bill.

A clause that allots $15 million to the IRS for planning purposes for a free direct e-file tax return system is included. These plans, which also contain cost projections for developing and maintaining a system, would need to be created within nine months. Additionally, public feedback would be necessary.

Additionally, there are legislative initiatives to advance this work.

A clause that allots $15 million to the IRS for planning purposes for a free direct e-file tax return system is included. These plans, which also contain cost projections for developing and maintaining a system, would need to be created within nine months. Additionally, public feedback would be necessary.

Additionally, there are legislative initiatives to advance this work.

The Tax Filing Simplification Act, introduced by Sen. Elizabeth Warren of Massachusetts in July, would require the IRS to establish its own free online tax filing service and discontinue its relationship with for-profit online tax preparation businesses.

It’s time to establish the streamlined filing tools outlined in my Tax Filing Simplification Act because I’ve been fighting for a free tax filing system for years, and the IRS is about to get considerable resources to update its IT systems.

The IRS should embrace these suggestions to assist millions of Americans in filing their taxes and claiming refunds because Americans spend too much time and money on tax preparation.

Yellen demanded a new structure at her hearing before the Finance Committee.

There is no reason in the world why a system that makes it simple for such a big group of taxpayers to file their taxes shouldn’t exist in a contemporary economy, she added.

According to Vanessa Williamson, a senior fellow at the Urban-Brookings Tax Policy Center, “if the IRS moves forward with a free product, it could save lower-income families the money they used to give to H&R Block or TurboTax.”

“Tax preparation companies are notorious for duping taxpayers into paying for services they should be getting for free,” Williamson said, “so an IRS free file service would be a very welcome step that would save Americans money.”

ProPublica reported in 2019 on Intuit’s TurboTax and H&R Block Inc.’s efforts to steer taxpayers away from federally supported free services for which they were eligible. In addition, in May, New York Attorney General Letitia James obtained a $141 million settlement with Mountain View, California-based Intuit Inc., which was ordered to pay restitution to some taxpayers.

Intuit withdrew from the Alliance in July 2021, stating in a blog post that the company could provide its benefits without the limitations imposed by the Free File Alliance. H&R Block exited the partnership in 2020.

“Most Americans don’t want the tax collector to also be the tax preparer,” said Derrick L. Plummer, an Intuit spokesman.