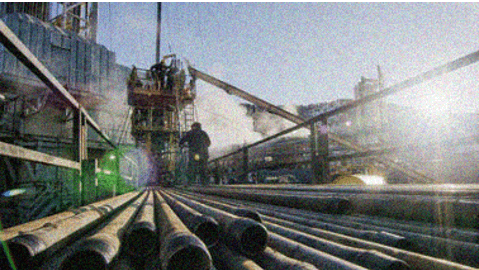 Some nations have expressed worry that targeting Moscow would have no effect on lowering consumer costs.

Financial Times reported on Friday, citing sources, that at least 10 European nations are lobbying for a cap on gas prices for all suppliers, not just Russia, out of concern for upsetting Moscow and losing all Russian gas.

Italy, Poland, and Greece are among those who support the change, the article claims. The story quotes a senior EU source as saying that due to the interconnectedness of the EU members, “everyone is frightened of the domino effect” if Russia decides to stop supplying gas to the bloc.

The official was quoted as stating, “If you merely cut off Russian gas, you enrage Russia without impacting other supplies.”

Nikos Tsafos, the principal energy advisor to Greek Prime Minister Kyriakos Mitsotakis, told the Financial Times that “very bluntly, the Russians would certainly reply [against] this.”

Roberto Cingolani, the minister of the energy transition for Italy, recently argued for a price ceiling on all gas shipments to the region, saying that the bloc should set a “fair price.”

The EU’s consumers need a price ceiling on all gas delivered to the union, not only Russian gas, according to Belgian Energy Minister Tinne Van der Straeten, who called a cap on Russian gas prices “purely political.”

The reduction of pricing is our primary goal. Only allowing Russian gas will not result in price reductions. A cap on simply Russian gas is completely political, according to Van der Straeten, who also noted that

According to reports, there is still no agreement on the Russian gas price cap, which would probably need the permission of all 27 countries of the bloc since it would be seen as a sanction, according to sources who spoke to FT. A qualified majority could probably be used to approve a general price cap. Hungary, Austria, and the Netherlands, three of the bloc’s members, are said to have expressed scepticism regarding a broad price cap.

Moscow has issued a warning that it would stop supplying nations skepticismthat set a restriction on the price of its gas.

Later on Friday, the initiative is expected to be discussed by EU ministers.