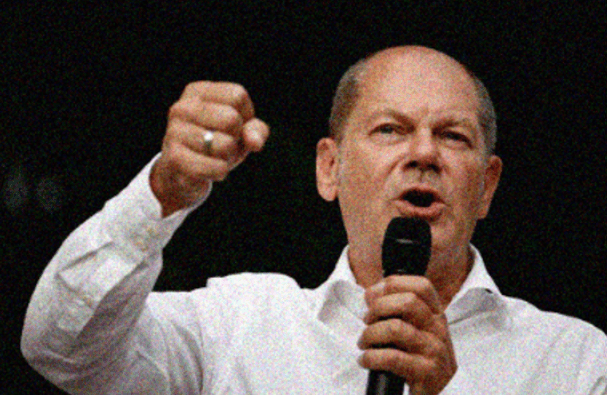 Germany will temporarily decrease its natural gas taxes, according to German Chancellor Olaf Scholz, to relieve the pressure on those who are dealing with skyrocketing energy prices brought on by Russia’s war in Ukraine.

The declaration was made during a hurriedly called news conference in Berlin, one day after Scholz encountered aggressive protesters at a town hall meeting outside of the capital.

According to Scholz, through the end of March 2024, the value-added tax on gas will be reduced from 19% to 7%.

Scholz stated that additional steps would be announced in the upcoming weeks and added that the growing cost of gas was a significant burden for many individuals.

According to Scholz, decreasing the general tax on gas sales would more than offset the additional fees, effectively making them a government expense. The German leader stated that the situation included “justice… to ensure that the nation maintains its unity throughout this crisis.

Angry yells from demonstrators confronted Scholz late on Wednesday during a town hall meeting in Neuruppin, 50 kilometers (31 miles) northwest of the city. Videos showed hundreds of people gathered outside the perimeter security wire, some of whom were chanting, “Traitor! as well as “Beat it! ”

The far-right Alternative for Germany and the Left party, according to the German news agency DPA, organized the demonstrators.

However, given that the German government is also attempting to encourage consumers to use less gas, experts questioned whether the tax decrease was the best course of action.

According to Stefan Kooths of the Kiel Institute for the World Economy, “Gas is very scarce right now, which is why gas prices are high. In such a situation, it’s not suitable to damp down price signals through governmental involvement in the tax regulations.”

According to Kooths, it would have been preferable for the German government to fully tax gas and utilize the proceeds to aid those who are most negatively impacted by growing energy prices.