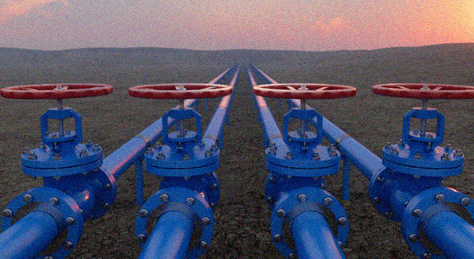 According to a Ukrainian politician, Kyiv is entitled to divert goods intended for the EU.

According to Dmitry Razumkov, a former leader of Ukraine’s parliament, Kyiv has the legal authority to seize and sell Russian gas that travels via Ukraine to the EU to address the nation’s economic woes.

“Russian gas is being transferred via Ukrainian territory. It is Russian gas to the European border. And if we follow the rules, we should seize it,” he added in a video that was uploaded to Facebook on Friday.

Razumkov said that Kyiv might then sell the petroleum to Europe and use the money to make up for its financial difficulties. Additionally, he described Ukraine’s theft of Russian property as “a legitimate obligation.”

Russia is the top gas supplier to the EU, a member

Moscow and Kyiv reached an agreement in December 2019 to extend the passage of Russian gas through Ukraine for the years 2020–2024, with the prospect of a further ten-year extension. According to the contract, 40 bcm of gas will be transported yearly between 2021 and 2024, totaling 65 cm in 2020.

Back in 2006, Ukraine began stealing Russian gas headed for the European market, leaving portions of Europe without heat during one of the worst winters on record.