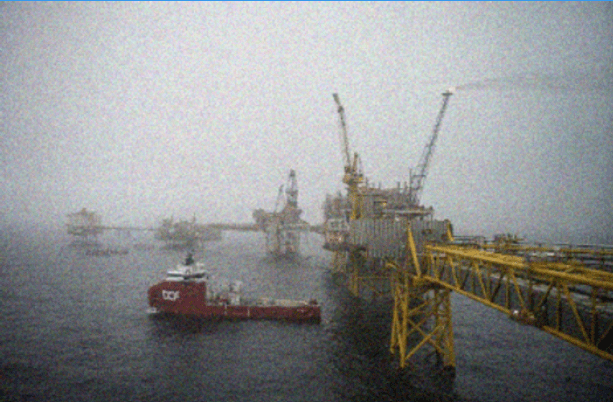 Norwegian exports reached 229 billion kroner ($24 billion) last month, according to the country’s statistics agency, which was 0.4% higher than the previous record set in March of this year.

The trade surplus in Norway was also the highest on record, at 153.2 billion kroner ($15.8 billion).

Norway, a major offshore oil and gas producer, has seen an increase in energy exports as European countries scramble to find alternatives to Russian energy in response to Moscow’s invasion of Ukraine.

Since the invasion, the EU has approved bans on Russian coal and most oil, which will go into effect later this year, but not Russian natural gas, because the 27-nation bloc relies on gas to power factories, generate electricity, and heat homes.

However, Russian President Vladimir Putin has weaponized gas exports to pressure the EU into easing sanctions related to the Ukraine conflict or to further other political goals. The EU has been forced to scramble to fill gas storage tanks ahead of winter when demand rises and utility companies deplete their reserves to keep homes warm and power plants running.

Natural gas exports in July were 128 billion kroner ($13.2 billion), more than four times higher than in the same month last year, according to Statistics Norway.

Reduced Russian gas deliveries to Europe via the Nord Stream 1 pipeline, according to Jon Olav Roerhus, senior adviser for external trade at Statistics Norway, contributed to soaring gas prices last month, which were “the main reason for the exceptionally high export value we are now experiencing.”

“We must phase out Russian gas as soon as possible,” Danish Prime Minister Mette Frederiksen said during a one-day meeting of the five Nordic leaders in Oslo. She stated that Europe is “facing a difficult fall.”