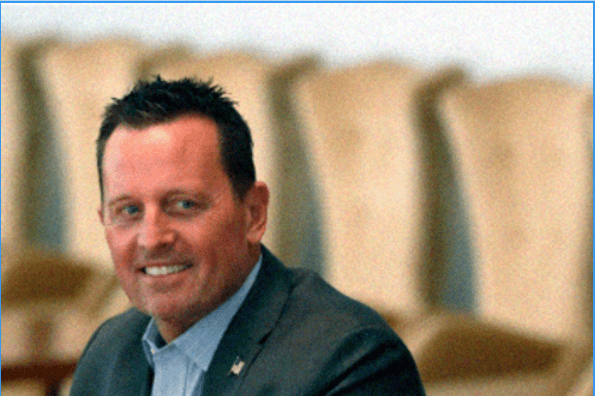 Sen. Kelly Loeffler, who was appointed to her position earlier this year after Sen. Johnny Isakson (R-Ga.) retired, received support from Trump’s former acting intelligence head Richard Grenell on Tuesday. Just a few hours prior, Rep. Doug Collins, Loeffler’s opponent, had received the support of Michael Flynn, the president’s former national security advisor who admitted to lying to the FBI in 2017.

The contest, which has been tenser recently, has effectively become a contest over who supports Trump the most. The president has praised both of the candidates in the campaign despite not endorsing either of them.

The campaign arm of the Senate Republicans is supporting Loeffler, continuing its support of GOP incumbents; Trump’s allies in the House are mostly supporting Collins.

Despite less than a year in office, Loeffler has remained largely silent over what Trump’s backer’s claim was an illegal campaign by the outgoing Obama administration to target and destabilize of the new Trump administration. Collins, on the other hand, spearheaded the opposition to House Democrats’ efforts to impeach Trump from his previous position as the head of the House Judiciary Committee and has been a solid supporter of Trump’s fight to look into the Russia investigation’s beginnings.

The Justice Department attempted to dismiss all charges against Flynn earlier this year after he admitted lying to federal agents about his interactions with Sergey Kislyak, Russia’s then-ambassador to the United States. After only a few weeks on the job, Flynn resigned from his position as a national security adviser in February 2017 after admitting to misleading Vice President Mike Pence about his contacts with Kislyak.

However, Flynn has now gained sympathy from the Trump-supporting right, which claims that Flynn was unfairly singled out by Justice Department officials under the Obama administration. A campaign against the president’s political adversaries involved in the original probes into Russian meddling in the 2016 election, including special counsel Robert Mueller’s two-year inquiry, has received support from the president himself.

Grenell actively participated in the Trump-backed campaign to declassify specific materials related to the Russia probe while serving as interim director of national intelligence. Democrats said that the president’s political standing was being improved by these acts.

No contender is anticipated to receive the required 50% of the vote in the Georgia contest, which is a special election to complete the remainder of Isakson’s term. Although Loeffler and Collins are polling closely together, Raphael Warnock, a Democrat, is expected to win the first position in the runoff. For the second position, Loeffler and Collins are competing.