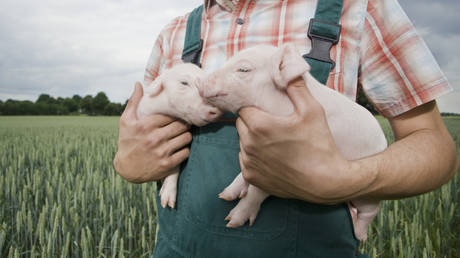 According to the news source, which cites an industry group, supply bottlenecks are anticipated to occur within four to six months.

According to the German Meat Industry Association, Germany may experience a meat shortage and subsequent price increase within the next four to six months, Die Welt reported this week (VDF).

Hubert Keller, the group sales manager at meat distributor Westfleisch and a member of the VDF board of directors, told the news source that “in four, five, or six months we will have gaps on the shelves.”

The supply of pork is anticipated to experience the worst shortages, according to Keller. He claims that Berlin is adamant about cutting the number of livestock in half to protect the environment. However, according to experts, this would result in the mass closure of meat-producing businesses, which would raise the cost of meat by 40%.

Reducing the number of livestock could also result in a reduction in the supply of natural fertilizer, which could lower vegetable yields or increase production costs due to the high cost of artificial fertilizers. In either scenario, the German food crisis would get worse.

While representatives of the meat industry acknowledge that vegetarianism and veganism have grown in popularity in the nation over the past few years, they assert that more than 90% of people still purchase and consume meat.

Instead of domestic production, Germany has been relying more and more on imports of meat. According to VDF, the proportion of imported beef and pork products has increased recently, making the nation the largest meat importer in Europe.