×
Newsyolo.com > Business > Get a gas | Portugal: The EU Wants an Iberia-Italy Pipeline to Bring Gas to Europe 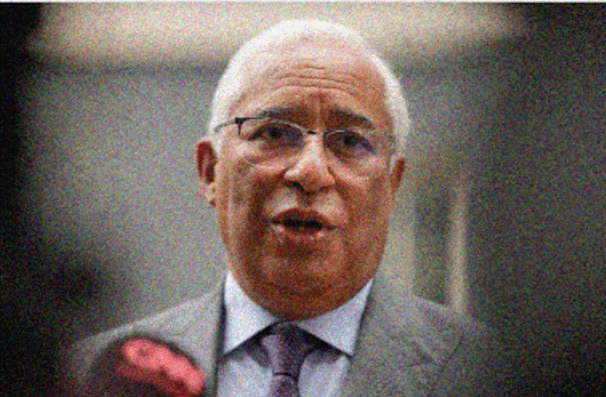 Get a gas | Portugal: The EU Wants an Iberia-Italy Pipeline to Bring Gas to Europe

(AP) LISBON, Portugal — According to Portugal’s prime minister, European authorities are considering a liquefied natural gas pipeline from Spain to Italy to circumvent France’s opposition to a gas link between the Iberian peninsula and central Europe across the Pyrenees.

According to Prime Minister Antonio Costa, Portugal and Spain could send a large portion of the liquefied natural gas, or LNG, they receive from around the world to other European Union countries. He did not provide any additional information, but such an undersea pipeline would most likely take years to complete.

EU member states have struggled to reach an agreement on how to wean the bloc off its reliance on Russian natural gas. Russian President Vladimir Putin has weaponized gas exports to put pressure on the EU to ease sanctions related to the Ukraine conflict. Putin has already suspended gas exports to over a dozen EU countries and reduced exports to key industrial powerhouses such as Germany. Many European officials are concerned that he will cut off gas exports to the majority of Europe during the winter when demand is high.

LNG is delivered to the two Iberian countries via pipeline from Algeria and Morocco, as well as by ship from countries such as the United States and Nigeria. However, energy connections between Spain and Portugal and the rest of Europe are currently limited.

“The Iberian peninsula can replace a significant portion of the liquefied natural gas that Central Europe currently imports from Russia,” Costa told reporters.

The Iberian neighbors account for one-third of Europe’s LNG processing capacity, with six LNG plants in Spain — including Europe’s largest, in Barcelona — and one in Portugal. The port-based terminals convert boatloads of supercooled LNG back into a gas, which is then distributed to homes and businesses.

Costa stated that while a pipeline is being built, the Iberian plants could ship more LNG to other European ports.

Costa stated that the French government is still opposed to a pipeline crossing the Pyrenees due to environmental concerns and that the European Commission is looking into a link to Italy.

Costa’s remarks came after German Chancellor Olaf Scholz said in Berlin on Thursday, “I have spent a lot of time dealing with a pipeline that we sorely lack, namely the pipeline that should have been built between Portugal, Spain, through France, to central Europe.”

“It would now make a massive contribution to relieving and easing the supply situation,” he added.

Scholz stated that he had discussions about the project with Spain, Portugal, France, and the European Commission.

The German Chancellor’s remarks were welcomed by Portugal and Spain, which stand to benefit from their LNG investments.

“Spain is well prepared,” Spanish Industry Minister Reyes Maroto said on Friday to Antena 3 television. “We hope that if the German chancellor’s proposal is successful, we will have better gasification and more interconnections in Europe so that we will not be dependent on Russian gas and will be energy self-sufficient.”

The US government and business have long viewed Portugal’s deep-water Atlantic port of Sines as a potential growth hub. They have identified Sines as a potential gateway to Europe for gas from fracking in the United States, allowing the country to increase LNG exports while maintaining low prices.