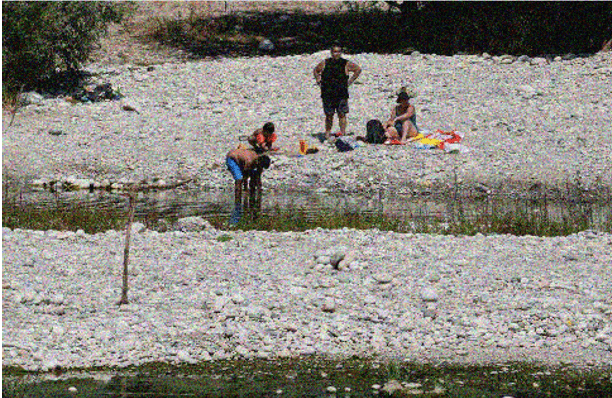 The drought and inadequate water infrastructure are putting a third of Italy’s agricultural production in danger, the agriculture minister of Italy has warned.

According to the most recent data from official research organizations, Italy lost 19% of its water resources between 1991 and 2020 compared to 1921 to 1950, and future decades may witness significant losses of up to 40%. Stefano Patuanelli gave this information.

Accordingly, Patuanelli warned the lower Chamber of Deputies, “We are witnessing a slow but relentless wasting away of water supply in our country.”

Due to a protracted drought and accompanying heat wave that has caused the Po River, an important irrigation route through a region of north-central Italy that is a major producer of fruits, vegetables, and grain, to dry up, the government has declared a state of emergency in several northern regions.

The drought came after an extremely dry winter that prevented mountains from receiving new snowfall that would have fed rivers and reservoirs in the summer. The melting Marmolada glacier’s cleaving off on July 3 and the accompanying avalanche that killed 11 hikers in northern Trento have been attributed to the combined climatic conditions.

Such droughts, according to Patuanelli, happen cyclically in Italy, typically every five years, but they are anticipated to happen more frequently and “with even more disastrous repercussions.”

The Po River basin, he claimed, is currently the main cause for concern because it “concerns a third of the country’s agricultural production.”

We’re talking about the production of grains, particularly corn and rice, as well as the breeding farms that create the renowned prosciutto and parmesan cheese of the area.

According to the Italian agricultural group Coldiretti, the crisis has already cost Italian farmers approximately 3 billion euros in damages, in addition to skyrocketing energy costs brought on by Russia’s conflict in Ukraine.

While unusual heat and a lack of precipitation are to blame for the current crisis, Italy is known for its notoriously inefficient water infrastructure. According to the national statistics agency ISTAT, drinking water is lost from distribution networks by 42% annually, largely because of aging and poorly maintained pipes.