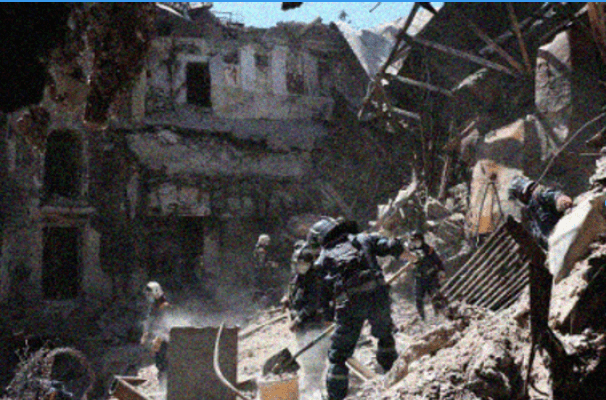 The programs are a part of a broad partnership between the show and The Associated Press, which also involves co-publishing articles and videos from AP and “Frontline” war reporting as well as gathering, confirming, and cataloging potential war crimes.

In “Putin’s Attack on Ukraine: Documenting War Crimes,” the cost of earlier Russian wars and the invasion of Ukraine are both discussed.

According to the statement made on Wednesday, the movie, by director Tom Jennings, producer Annie Wong, and AP investigative writer Erika Kinetz and colleagues, aims to illustrate “the obstacles of trying to call Russia to account.”

In the second documentary, “20 Days in Mariupol,” AP video journalist Mstyslav Chernov will examine Russia’s attack on the Ukrainian city. The only foreign journalists who remained in Mariupol to chronicle the attack, which included the bombing of a maternity hospital, were he and two of his colleagues.

The two movies will make their television debuts on “Frontline” when its new season premieres in September. No specific airdates were made public.

Raney Aronson-Rath, executive producer and editor-in-chief of “Frontline,” said in a statement, “We hope our combined journalistic efforts can uncover the true toll of this war and preserve this moment in history.”

On Wednesday, Chernov was asked how he balances his safety with such critically important reporting at a virtual panel discussion with TV critics.

“There is a persistent sense of threat. You can never get used to it, he said. But once more, this is something that encourages you to work more and just keeps you going back for more.

The panel also included Beatrice Dupuy, an AP news verification journalist, and Alison Kodjak, AP deputy global investigations editor. According to Kodjak, the joint effort with “Frontline” is focused on documenting evidence of occurrences rather than specific counts of criminal activity.

We are unable to estimate how many crimes such instances are responsible for because we are not law enforcement, Kodjak said. The number of criminal charges might considerably outnumber the hundreds of occurrences that have been recorded thus far, she said.

“Thanks to the dedication of individuals like Beatrice, we can confirm that the video is authentic. It occurred when it was asserted to have occurred,'” Kodjak said. “This was a real school. This was a hospital. At the time it was bombed, the military wasn’t using it.

A rigorous process of evaluating each potential incident, according to Dupuy, entails looking through the “stream of posts, video, and photos on social media” coming from Ukraine, authenticating crucial images, and correlating the conclusions with AP reporting and other data.

We’re taking the time to confirm each one of them, and we have the proof to back up each occurrence and what happened, too, she added.