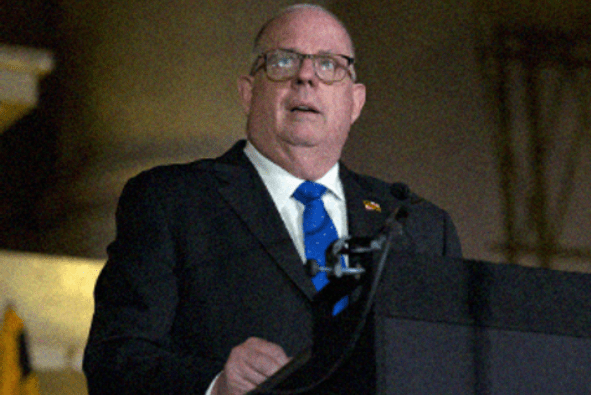 Governor Larry Hogan of Maryland decided not to run against Donald Trump in the 2020 GOP primary, giving the president’s detractors little choice but to block his nomination.

A popular two-term governor was considering running against the president and has gotten support from “Never Trump” Republicans, including William Kristol, a conservative writer. Hogan, who swept to victory in liberal Maryland last year, has positioned himself as one of the few well-known Republicans prepared to criticize the president.

However, people close to the 63-year-old have long admitted that a run for the 2020 Republican nomination was implausible. Trump continues to enjoy enormous support from the Republican base, and his staff has started a major campaign to win over delegates to the 2020 Republican National Convention.

Hogan said he was committed to fulfilling his obligations as governor of Maryland and head of the National Governors Association in a statement that emphasized collaboration. “I think both of those positions will provide me the chance to influence the course of my party and the country,” the candidate said.

However, Hogan’s staff thinks he has accelerated planning for a prospective 2024 White House run given his newfound prominence. In addition to writing a book, the governor recently introduced An America United, a non-profit organization that “rejects the extremes of both political parties, works to break the partisan gridlock and seeks to bring people together to advance bold, commonsense solutions for all Americans.”

Next week, Hogan will participate in a panel discussion at the E2 Summit in Deer Valley, Utah, a yearly retreat that is hosted by Sen. Mitt Romney (R-Utah).

Republicans other than Hogan are also preparing for a possible bid for politics once Trump leaves office. Former U.N. ambassador Nikki Haley has established a separate outside organization and will publish a memoir later this year.

Trump’s road to the Republican nomination is now essentially unhindered by Hogan’s choice. William Weld, a former governor of Massachusetts, declared his campaign earlier this year, although he hasn’t exactly received much support.