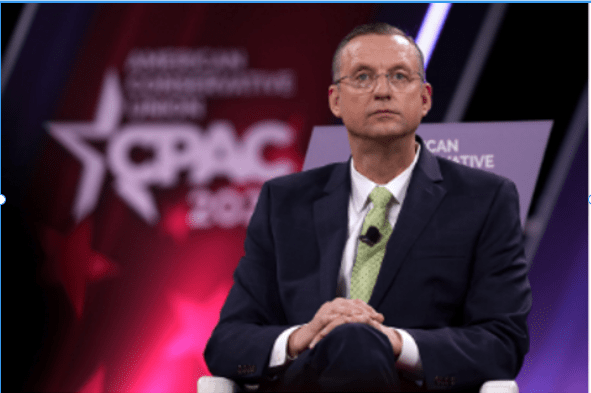 Governor race| Doug Collins claims he won’t run for governor or the Senate of Georgia.

Following former senator David Perdue, Collins is the second well-known Georgia Republican to withdraw from the contest for the Senate.

The former representative from Georgia, Doug Collins, declared on Monday that he would not run for office in 2018. He chose not to take on Democratic senator Raphael Warnock or Republican governor Brian Kemp in a primary.

Collins had explored running for both positions and was seen as a top-tier contender for Georgia Republicans hoping to make up ground lost in the 2020 election when President Joe Biden dominated the state and Democrats took both Senate seats. After former Sen. David Perdue, he is the second well-known Georgia Republican to withdraw from the contest for the Senate.

Collins sent a statement on Twitter stating, “I am announcing today that I will not be a candidate for any position in the upcoming election season.

Collins said, “For those who might be wondering, this is goodbye for the time being, but probably not permanently. I do intend to continue refining our conservative message to assist Republicans to retake the House and the Senate and support more capable conservative candidates in Georgia. I will continue to fight for the right to express conservative values clearly and concisely.

Collins was a well-known House Republican who has held positions including the ranking member of the judiciary committee. In the special election to replace outgoing Sen. Johnny Isakson, he ran for the Senate in the previous year, taking on appointed GOP Sen. Kelly Loeffler. Collins came in behind Loeffler and placed third in the November Senate election, losing to Warnock in the subsequent runoff.

Collins’ choice leaves Republicans with a gap in the Senate contest. The former University of Georgia running back Herschel Walker has expressed interest in the contest, and former President Donald Trump has openly urged him to do so. Republicans Latham Saddler and Kelvin King are the only two candidates in the race right now. Buddy Carter, a Republican congressman, has declared himself a contender but has stated he won’t run if Walker does.

Vernon Jones, a former state lawmaker who switched parties, has already declared his intention to fight Kemp in the governor’s race. Stacey Abrams, a Democrat who lost to Kemp in 2018, is anticipated to run again.