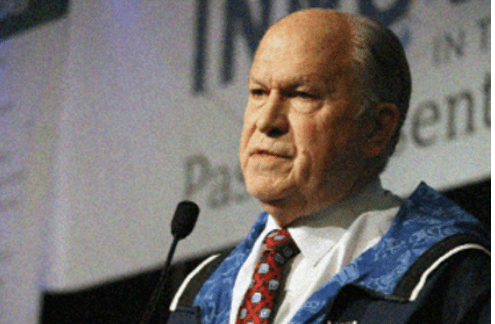 The Alaska Dispatch News first the news of the move, which came just days after Byron Mallott, Walker’s lieutenant governor, resigned due to “inappropriate statements” he made to an unnamed lady. Walker vowed to continue his reelection campaign and selected Valerie Davidson for the position of Commissioner of the State Department of Health and Social Services.

Walker, however, decided to withdraw from the race for a second term during the Alaska Federation of Natives Convention on Friday afternoon and issued a statement on his campaign website. “Not the first difficult decision I have taken this week,” he claimed, “but one I know I must make,” was the choice to end his candidacy.

Walker’s choice might help Begich defeat former state senator and Republican Mike Dunleavy. Recent polling showed Dunleavy far ahead with the support of over 40%, with Walker and Begich hovering around a quarter of the vote. Walker and Mallott will both remain on the ballot even though neither of them is a current contender.

Walker stated, “I think we cannot win a three,” in his statement.

To evaluate whether Mark Begich or I had a better chance of running a competitive contest against Mike Dunleavy, Walker said, “This week I have spoken to numerous Alaskans. “It was decided that Begich currently has the greatest chances. Alaskans merit an exciting race.

Democrats around the country applauded Walker’s choice. It is a “game-changer,” according to Elisabeth Pearson, executive director of the Democratic Governors Association, and it puts Begich “in a great position” to win the election later this month.

After beating then-Sen. Ted Stevens in 2008, Begich was elected to the Senate for one term. He barely lost to Republican Sen. Dan Sullivan in 2014.

Walker’s decision, according to the Republicans Governors Association, “reinforces why Alaska desperately needs reform” and is a “political sham.”