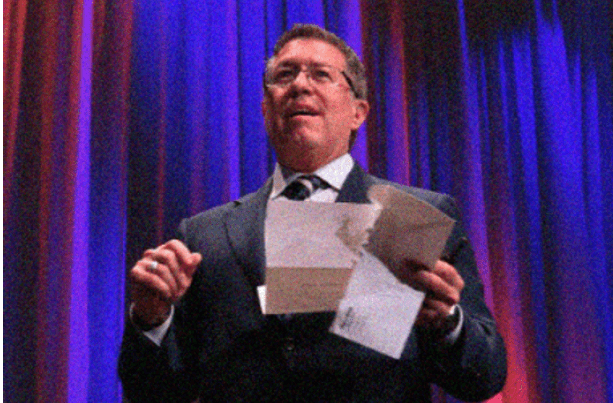 Lupo will become president of the casino once the sale is completed and approved by Nevada gambling regulators, according to Hard Rock.

The position is one of the most visible casino management positions in the country.

He is currently the president of Hard Rock’s Atlantic City casino, which has become one of the city’s best-performing casinos since its debut in 2018. He previously held the position of senior vice president at the city’s market-leading Borgata casino.

“For me, the last four years in Atlantic City have been such a rewarding experience,” Lupo said. “I am honored and thrilled to be named the new president of the Hard Rock Hotel & Casino Las Vegas project and to return home to my family.”

“As a result of his dedication and expertise, our financial results continue to outperform expectations, and our team members share an unrivaled commitment to guest service and satisfaction,” Allen said. “I am confident in Joe Lupo’s future success at the Hard Rock Hotel & Casino Las Vegas.”

Lupo is an Ohio native who has worked at various Boyd Gaming properties in Las Vegas and Laughlin, Nevada, including the former Stardust Hotel & Casino Las Vegas, where he was the director of the race and sportsbook.

He was also the president of Tampa’s Seminole Hard Rock Hotel & Casino.

Anthony Franca, the casino’s general manager, will take over as president of Hard Rock Atlantic City on September 1.

“I’m thrilled to be leading this incredible team, and I’m confident that we will continue to achieve great things in Atlantic City,” he said.

Lupo is the current president of the Casino Association of New Jersey, which represents the nine casinos in Atlantic City. The organization is expected to name a successor soon.