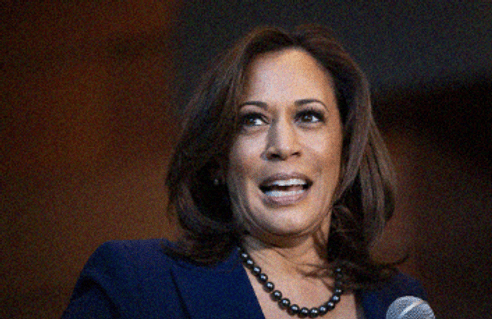 According to her campaign advisers, Kamala Harris’ presidential campaign raised $1.5 million in its first 24 hours. This impressive sum for the first-term senator from California tied Bernie Sanders’ one-day total from his 2016 campaign.

A first barometer in what is projected to be a crowded Democratic field is the number of small donations. Others who have formed exploratory committees, such as fellow senators Kirsten Gillibrand and Elizabeth Warren, who did so last week and on New Year’s Eve respectively, have not yet released any information about their funding totals.

Harris, who declared her candidacy on Monday, earned $1.5 million from 38,000 donors by 7:30 p.m., according to her staff. In contrast, Sanders’ early 2015 financial success was attributed to around 35,000 donors who contributed an average of $43.50, according to his campaign at the time.

The online store for Harris’ campaign’s t-shirts, hats, and tote bags brought in $110,000 in the first 12 hours, breaking the vendor Bumperactive’s single-day, single-candidate sales record. According to claims in the media, the corporation supported candidates like Andrew Gillum and Beto O’Rourke in the 2018 midterm elections.

The first figures are an indication of Harris’s early strength and a way to gauge her initial excitement. They’ve also made an effort to build natural appeals to supporters, such as using photos of Harris’ husband Doug Emhoff taken behind-the-scenes of announcements that went along with an email he co-authored to her list.

On Monday, Harris increased the campaign’s email list by 20%. According to the campaign, her video release announcing a rally on Sunday in Oakland received 6 million views and she added more than 100,000 new Instagram followers. The campaign claimed to have used 25,000 different Facebook ad variations.

In an email statement, Harris’ digital strategist Mike Nellis said, “These numbers indicate a campaign fueled by the people — an enthusiastic, countrywide movement eager to elect Senator Harris and support her vision of an America that truly works for the people.”