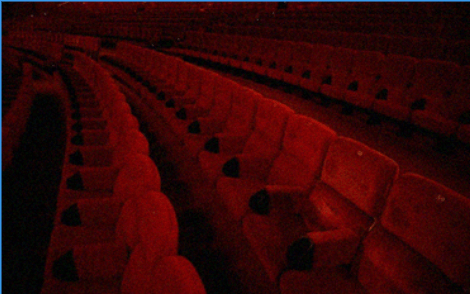 Grekova hasn’t turned against President Vladimir Putin as a result, though. Today, rather than Putin, the 56-year-old remarked, “I despise the West.”

She remarked that Bollywood might take the place of Hollywood in Russia, but it was too late for her to start learning Hindi because India failed to denounce Moscow or support sanctions.

Just as it was beginning to recover from the plague, the violence in Ukraine has thrown Russia’s film industry into chaos.

Just as it was beginning to recover from the plague, the violence in Ukraine has thrown Russia’s film industry into chaos.

According to the European Audiovisual Observatory, Russians are ardent moviegoers, with 145.7 million admissions in Europe last year, the greatest number on the continent.

Many people go to see Hollywood movies, which are frequently dubbed rather than presented with subtitles.

Before Hollywood’s departure, the Russian company Mosfilm-Master was primarily dubbing ten foreign films from English each month. Yevgeny Belin, director of the business, told AFP in the Moscow facility’s cutting-edge dubbing studio that “now we have lost two-thirds” of business. “We had movies throughout the pandemic, but no theatres were operating. Currently, we have cinemas but no movies “said he.

The National Association of Cinema Owners in Russia stated last month that theatres run the risk of losing up to 80% of their earnings.

Mosfilm-Master is looking for translators from Korean and Mandarin to adapt, despite Belin’s assertion that he “doubts that Asian films work for Russians” due to cultural differences.

The 70-year-old, who has worked in dubbing for 30 years, claimed that Westerners are more similar to us.

One of the top theatre chains in Russia, Karo, is led by Olga Zinyakova, who expressed confidence in the industry’s ability to recover. The 37-year-old stated, “The situation is unpleasant but not disastrous.

She spoke in front of empty seats in Moscow’s Oktyabr cinema, which has Europe’s largest screening room with 1,500 seats. “Since the advent of Hollywood in post-Soviet Russia 30 years ago, we have gone through a lot of crises: political, economic, and the epidemic,” she remarked.

The amount of tickets sold in Karo’s 35 theatres has decreased by 70% since the violence started on February 24. To replace Hollywood movies with more locally produced content, the Russian government has pledged significant financial support and tax cuts to the film industry.

According to Zinyakova, who cited the popularity of Russian films from the 1990s like the cult classic Brat (“Brother”), which is currently playing in multiple Moscow theatres, “Russians will examine themselves more fully.”

Additionally, Zinyakova is getting ready to distribute more films from Latin America and Asia.

The Russian market and viewers won’t be the same when Hollywood returns, she added.

The fact that Hollywood has abandoned Russia, according to sound designer Pavel Doreuli, 44, who contributes to about 15 Russian movies annually, is not shocking.

He claimed that major film festivals like Cannes and Berlin were no longer about art but rather about promoting “particular beliefs,” and that “world cinema has been subject to huge politics for years.”

However, Doreuli noted the absence of official Russian delegations from this year’s Cannes film festival as evidence that it would be unfortunate for Russia to be shut off from global cinema.

Russians will lose up on arthouse cinema, which offers a unique perspective on the world and is so valuable in today’s society, he said, if they aren’t allowed to participate in international film festivals.