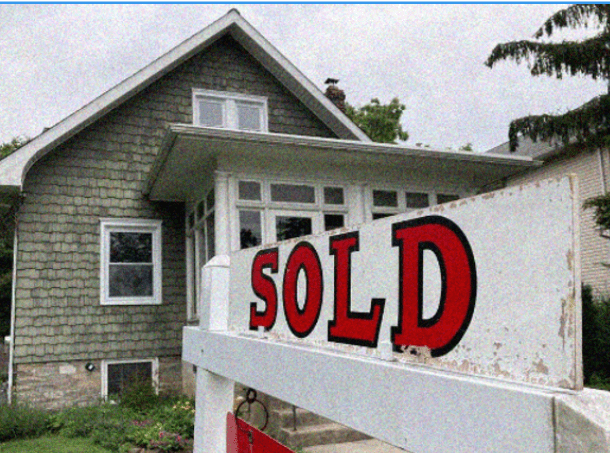 Home sale | As prices rise, fewer US homes were sold in June.

As a result of increased mortgage rates and rising home prices, sales of previously inhabited U.S. homes dropped in June for the fifth month in a row.

As a result of increased mortgage rates and rising home prices, sales of previously inhabited U.S. homes dropped in June for the fifth month in a row.

The National Association of Realtors said that existing home sales dropped 5.4% from May to a seasonally adjusted annual pace of 5.12 million last month.

According to FactSet, that is less than the 5.37 million house sales rate that economists had predicted. From June of the previous year, sales decreased by 14.2%.

Sales have slowed to their slowest rate since June 2020, close to the beginning of the epidemic, when they were moving at an annualized rate of 4.77 million homes, after rising to a 6.49 million annual rate in January. Sales in June were moving at the worst pace since January 2019 even when the pandemic-related slowdown was excluded.

In June, home prices continued to rise despite a slowdown in home sales. From a year earlier, the national median home price increased by 13.4% in June to $416,000. NAR noted that based on data going back to 1999, that represents an all-time high. Home prices are rising, although not as quickly as they were early this year.

According to Lawrence Yun, chief economist at NAR, “it indicates that price appreciation is less vigorous with each passing month than earlier months.”

The housing industry, a major contributor to economic growth, is slowing as purchasers deal with far higher mortgage rates than they did a year ago, as shown by the June sales data, which is the latest proof of this.

According to Yun, the housing market’s dynamics have changed as a result of both increasing prices and borrowing rates. Only once mortgage rates start to level off will home sales start to stabilize.

According to mortgage buyer Freddie Mac, the average interest rate on a 30-year fixed-rate home loan increased to 5.51% last week. Its yearly average was 2.88%.

Mortgage rates have been rising as a result of a steep rise in 10-year Treasury yields, which reflects expectations for higher interest rates generally as the Federal Reserve raises its benchmark rate to combat the greatest inflation in decades.

Last month, at least, there were more properties available for those who could negotiate the effects of increased mortgage rates. According to Yun, the number of houses for sale increased annually for the first time in three years, rising 2.4% from June of last year and 9.6% from May to reach 1.26 million.

The number of properties for sale still represents a 3-month supply, the NAR stated, even at the current sales rate. This is an increase from 2.5 months in May and 2.6 months. The 5- to 6-month supply mark, which represents a more balanced market between buyers and sellers, is still not met by this amount.

First-time buyers made up 30% of purchases last month, according to the NAR, despite the still-scarce supply of available houses for sale, rising mortgage rates, and rising home prices. Even if that is an increase from May’s 27%, it is still low by historical standards, when first-time buyers accounted for 40% or more of purchases.

According to the NAR, real estate investors and other buyers who could purchase a home with simply cash, avoiding the need for financing, accounted for 25% of all sales last month.