×
Newsyolo.com > Political > House races | Close battles for the White House and Senate, according to a North Carolina poll 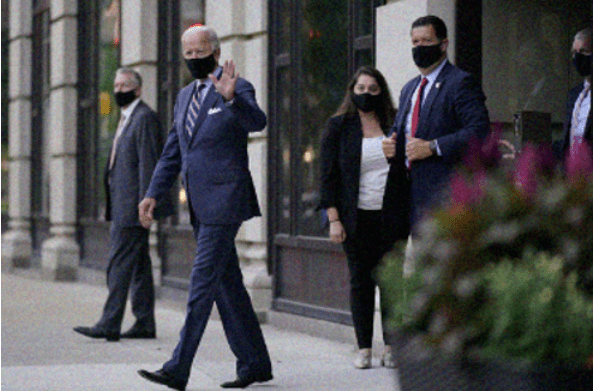 House races | Close battles for the White House and Senate, according to a North Carolina poll

With less than two months till election day, the former vice president’s tiny, single-digit lead is consistent with other recent public polling in North Carolina.

According to a Suffolk University/USA Today poll conducted on Thursday, Biden is preferred by 46% of potential voters in North Carolina, while Trump is preferred by 43%. The poll’s plus or minus 4.4 percentage point margin of error includes Biden’s lead.

With less than two months till election day, the former vice president’s tiny, single-digit lead is consistent with other recent public polling in North Carolina.

A RealClearPolitics average of North Carolina polls taken between August 29 and September shows that In the general election polling, Biden continues to lead Trump by 0.9 percentage points.

Trump won the 15 Electoral College votes from North Carolina in 2016 by 3.8 percentage points. In prior election cycles, the state alternated between supporting Democratic and Republican presidential candidates.

According to the most recent Suffolk University/USA Today poll, Republican incumbent Sen. Thom Tillis is barely ahead of Democratic challenger Cal Cunningham for the Senate.

A few vulnerable Senate Republicans are running for reelection in this carefully watched contest, which could determine whether the GOP retains control of the chamber.

Among probable voters, Cunningham is ahead of Tillis by 4 percentage points, 42-38 percent.

The RealClearPolitics polling average for the North Carolina Senate race, which takes into account polls from August 29 to September 14, places Cunningham 3.5 points in front of Tillis.

Along with Susan Collins of Maine, Cory Gardner of Colorado, and Martha McSally of Arizona, Tillis is largely viewed as one of the most vulnerable Senate Republicans running for re-election in November.

A survey of 500 potential North Carolina voters was conducted by Suffolk University and USA Today between September 11 and 14.