×
Newsyolo.com > entertainment > How Tom Cruise, at the age of 60, managed to survive the end of the star era 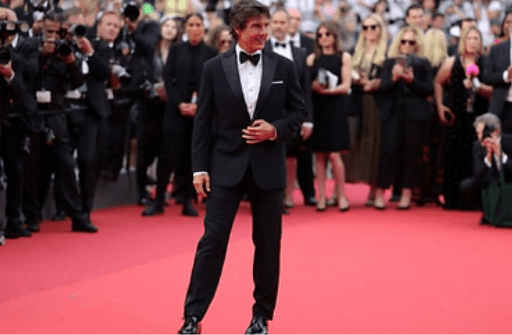 How Tom Cruise, at the age of 60, managed to survive the end of the star era

Tom Cruise was able to bounce back and prosper by portraying himself as a sort of real-life superhero.

For the first time in 30 years, Tom Cruise will be in Cannes on Wednesday to promote “Top Gun: Maverick,” and much has changed in the movie business since his last trip, except his continuous dominance at the box office.

In Hollywood, where superhero franchises have grown to be considerably more financially significant to studios than individual actors and actresses, that kind of longevity is uncommon.

With his then-wife Nicole Kidman, Cruise last visited Cannes for the ill-fated “Far and Away” premiere when he was just another Hollywood star.

According to Paul McDonald, professor of media industries at King’s College London, “Cruise is rare as someone who has managed to keep that commercial weight even as the studios have become dominated by superhero franchise pictures.”

And given that he will turn 60 this year, it’s all the more amazing.

And it’s especially amazing since he’s heading to The 39 films in which Cruise starred as the primary actor brought in slightly under $8.5 billion (8 billion euros), according to analytical website The Numbers.

Box Office Pro estimates that “Top Gun: Maverick” might bring in up to $390 million from the US alone.

His legacy as “the last Hollywood movie star of his kind — short as ever but larger-than-life in an age where most famous performers are only as big as their action figures” seems ready to be cemented, according to IndieWire, thanks to the glowing reviews from reviewers.

Early in the new millennium, Cruise’s career appeared to be on the verge of collapse because of his associations with the contentious Church of Scientology and his infamous couch-jumping incident with Oprah Winfrey.

Stars like Cruise lost importance to the Hollywood machine as it changed in favor of superhero brands.

“Batman is an excellent illustration of the change that occurred around the year 2000 as franchise movies took control. People don’t care who is in there, whether it’s Ben Affleck, Robert Pattinson, or anyone else, for at least half the movie “McDonald remarked.

By portraying himself as a sort of real-life superhero, Cruise was able to bounce back and prosper.

It’s difficult to see him without wondering, “Is there anything this guy can’t do?” “Part of the mystique is that he does his stunts — flies jets, jumps off buildings.” Paul Dergarabedian of the media research company Comscore said.

There is little chance that Cruise will disappear into oblivion with two more installments of the enormously popular “Mission: Impossible” planned in 2023 and 2024, maybe followed by a long-rumored movie to be shot in space.

“Tom Cruise is extremely beloved by theatre owners because he has dedicated his entire life to the cinematic experience. His films are produced with the large screen in mind “Dergarabedian said.

To increase ticket sales, Cruise, who has become a spokesperson for theatres, once snuck into a showing of “Tenet” by Christopher Nolan during the height of the pandemic in summer 2020.

That dedication has caused him to clash with his studio partners: according to The Hollywood Reporter, Cruise reportedly sued Paramount last year for only allowing the upcoming “Mission: Impossible” a 45-day window in theatres before streaming, a conflict that hasn’t been settled.

However, it is highly received in Cannes, which is partially governed by theatre owners and forbids streamers from participating in the festival.

Festival director Thierry Fremaux said that “this is someone we haven’t seen on streaming platforms, TV programs, or performing advertisements.”

“He is passionate about movies. You must watch a feature picture in a theatre to see Tom Cruise.”