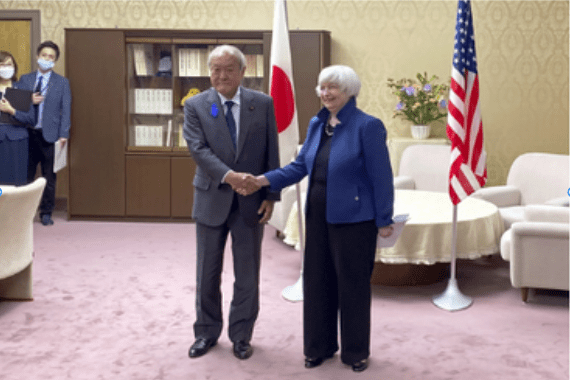 U.S. Treasury Secretary Janet Yellen is working to maintain supply as Europe tries to halt Russian oil exports by the end of the year.

Yellen will attempt to convince the largest economies in the world to support an extraordinary plan to control the price of Russian oil when she flies to Indonesia on Wednesday for a meeting of the Group of 20 finance ministers. The objective is to cut off the Kremlin’s main funding stream while averting a possibly catastrophic shock to the world’s energy supplies.

Four months after Vladimir Putin’s invasion of Ukraine began, the impact of Western sanctions has been lessened by rising energy prices, enabling Moscow to collect millions of dollars in oil payments every day to fund its war machine.

Europe is therefore planning to enact new regulations by the end of this year that would significantly cut down on Russia’s seaborne oil exports. However, U.S. authorities are concerned that would result in a global supply collapse, which may drive up prices and exacerbate the biggest inflation the U.S. has seen in four decades.

The American proposal: Permit importers who agree to purchase Russian oil at a significant discount to be exempt from the European sanctions.